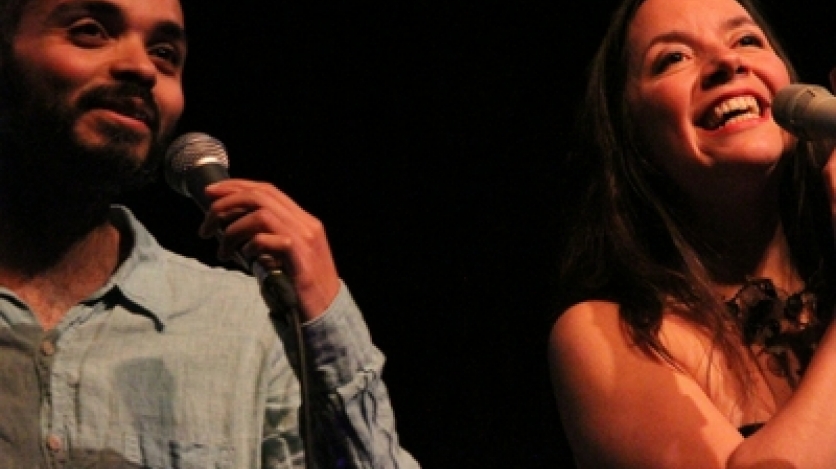 Pre-registration for this event is now closed; box office will open at 6:15 PM tonight in the lobby of Americas Society.

Admission: FREE for AS and YPA members, and Hunter College students; $20 for non-members. (No additional fees will be charged when purchasing online.) $10 tickets will be available for purchase at the door for students and seniors with ID.

Argentine singer-songwriter Cecilia Zabala and Brazilian jazz pianist Philippe Baden Powell explore their latest duo project, which fuses Zabala’s folk-inspired songwriting with Powell’s música popular brasileira (MPB) sensibility. The duo met in the summer of 1995 in Brazil, where Zabala was studying MPB and Powell was performing with his father, the Brazilian guitar player and composer Baden Powell. The pair officially began performing as a duo in 2012, with several concerts in Paris, and they recently had a successful tour in Europe. This concert is their New York debut.

Son of Baden Powell and brother of the guitarist Louis Marcel Powell, Philippe Baden Powell (b. 1978) began his classical piano studies at age seven in Baden-Baden, Germany. He later relocated with his family to Rio de Janeiro and began performing as a pianist at age 15 both in Brazil and abroad, with his father and brother and also in solo acts. He studied at the Conservatório Brasileiro de Música and the École Normale de Musique Alfred Cortot (Paris). As a sideman, Powell has performed with Seu Jorge, Maria Bethânia, Flor Purim, Airto Mreira, Roberto Menescal, MarceloD2, Wagner Tiso, Victor Biglione, and Carlos Malta, among others. He was one of the winners of the 2005 Montreux Jazz Piano Solo Competition, and relocated to Europe to begin his career. He released his first album, Estrade de Terra (Dirt Road), on the AdventureMusic label in 2006, featuring mandolinist Hamilton de Holanda and saxophonist Carlos Malta; recorded Um Rio with Márcio Faraco’s ensemble in 2008; co-produced Afrosambajazz for big band with Mário Adnet in 2010; recorded a solo album for AdventureMusic on their Piano Masters series in 2012; and most recently recorded Ludere with trumpeter Rubinho Antunes, bassist Bruno Barbosa, and percussionist Daniel de Paula.