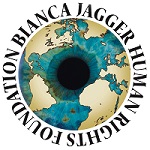 Nicaragua is experiencing a “serious human rights crisis” since social protests began in April 2018, according to the Office of the UN High Commissioner for Human Rights, one characterized by “multiple forms of repression and other forms of violence” that have left thousands of victims. In 137 days of protests, 481 people have been killed and 3,962 injured, according to the Nicaraguan Association for Human Rights. In July, the Organization of American States passed a resolution—signed by 21 countries—condemning the violence against peaceful protestors in Nicaragua and calling on the government to support an electoral calendar jointly agreed to through national dialogue. On September 5, the UN Security Council, led by U.S. Ambassador Nikki Haley, held its first-ever meeting on Nicaragua.

AS/COA is pleased to host the Nicaragua-born, human rights defender Bianca Jagger. As the president and founder of the Bianca Jagger Human Rights Foundation, she has been denouncing the violations perpetrated by President Daniel Ortega’s security and pro-government paramilitary forces, as well as working closely with other human rights organizations to restore the rule of law, justice, and democracy to Nicaragua.

Jagger is the founder, president, and chief executive of the Bianca Jagger Human Rights Foundation (BJHRF), a Council of Europe Goodwill ambassador, a IUCN Bonn Challenge ambassador, a member of the Executive Director's Leadership Council of Amnesty International USA, a patron of the Circle of Conscience of Amnesty International, and a member of the Coalition for the International Criminal Court. She has received numerous awards, including The Right Livelihood Award (2004)—also known as the “alternative Nobel Prize”—the UN Earth Day International Award (1994), and the Amnesty International USA Media Spotlight Award for Leadership (1997), among others. She has received honorary doctorates from four institutions: Roehampton University (2017), the University of East London (2010), Simmons College (2008), and Stonehill College (1983).

This event is complimentary. Prior registration is required.

Image courtesy of the speaker.