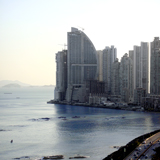 Panama’s economic development over the last decade, averaging 7.2 percent and well above the Latin American average of 4.5 percent for the same period, has seen growth rates on par with the likes of China, India, and Vietnam.

This strong economic performance can be attributed to Panama’s strategic geographical location and to the Canal, both of which have helped the country evolve into a major global-trade hub. This success is, however, also due to sound fiscal management and a pro-business environment, implemented by former President Manuel Torrijos’ administration and continued by current-President Ricardo Martinelli.

This year, the country is set to expand 7 percent. This is, in part, thanks to major infrastructure projects currently underway. Besides the Canal expansion, which is set to finish in 2014, the country is working on improving roads, ports, airports, and transportation systems, as well as also building hospitals and schools. The healthy economy, aided by the large amount of investment in infrastructure, is certain to generate a lot of interest among international investors and further strengthen Panama’s position as a regional trade and logistics hub and tourist destination.

Among the most noteworthy investments is Panama City’s new transportation system, the Metro Rail. With a $1.5 billion price tag, the project will provide Panamanians with a 14 kilometer metro line in its first phase, as well as a new bus transportation system. Also, the $352 million expansion of the city’s Cinta Costera Highway will help ease traffic congestion in the country’s economic center.

Beyond Panama City, plans include the $210 million 15-kilometer extension of the Madden-Colón highway, investments worth $254 million for new irrigation systems serving agricultural production areas in Chiriqui and the central provinces, and a $358 million investment on five new hospitals in Darien, Colón, Los Santos, Veraguas, and Chiriqui.

Mateo Samper is director of Public Policy Programs at AS/COA.

The president has earned plaudits for his handling of COVID-19. But restarting the economy brings both health and political risks.