Weekly Chart: Where Does Latin America Stand on Marijuana Legalization?

As Uruguay prepares to sell the drug in local pharmacies, here’s where the rest of the region stands.

Updated April 13, 2017 — Canadian Prime Minister Justin Trudeau may have unveiled a bill to legalize recreational marijuana use, but his country would be following a path already blazed by Uruguay. In 2013, the South American country became the first in the world to legalize consumption, along with marijuana’s sale and cultivation. Come July 2017, Uruguay’s recreational users and medical patients alike will be able to visit their local pharmacies for up to 40 grams of cannabis a month, or they can opt to grow it at home.

Whether it was Uruguay’s leadership or the war on drugs ravaging the region for decades, Latin Americans overall are becoming increasingly tolerant to the idea of legalizing marijuana, surveys show. For example, in the more than 10 years since the start of Mexico’s drug war, the portion of Mexicans who support legalizing the drug has steadily increased. Per Parametría, by February 2016, 29 percent of Mexicans were in favor of legalization, versus 7 percent in October 2008. A 2017 survey published in the International Journal of Drug Policy places support in Mexico even higher, at 41 percent.

Many countries have opted to take steps toward legalization. Most recently, Argentina’s legislature approved marijuana for medicinal use in March. Mexico’s Senate passed a medical marijuana bill in December, although the move still needs the lower house’s approval. Chile and Colombia also took the step of passing legislation allowing the use of medical marijuana in recent years, and Colombia also plans to offer a crop substitution program for farmers of illegal coca crops to cultivate marijuana legally instead as part of its peace process with the Revolutionary Armed Forces of Colombia, better known as the FARC. This changing mindset shows that some countries are seeking alternatives to police and military intervention when it comes to marijuana. 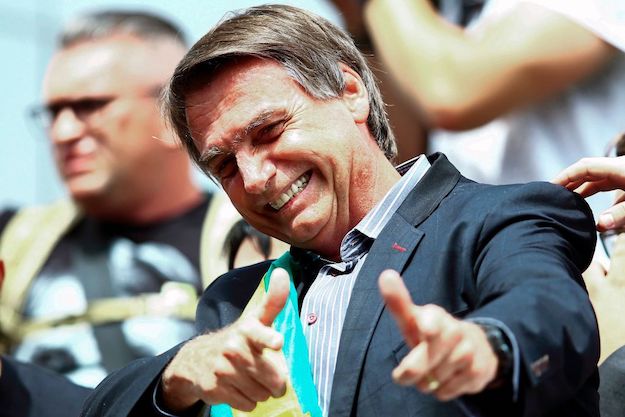