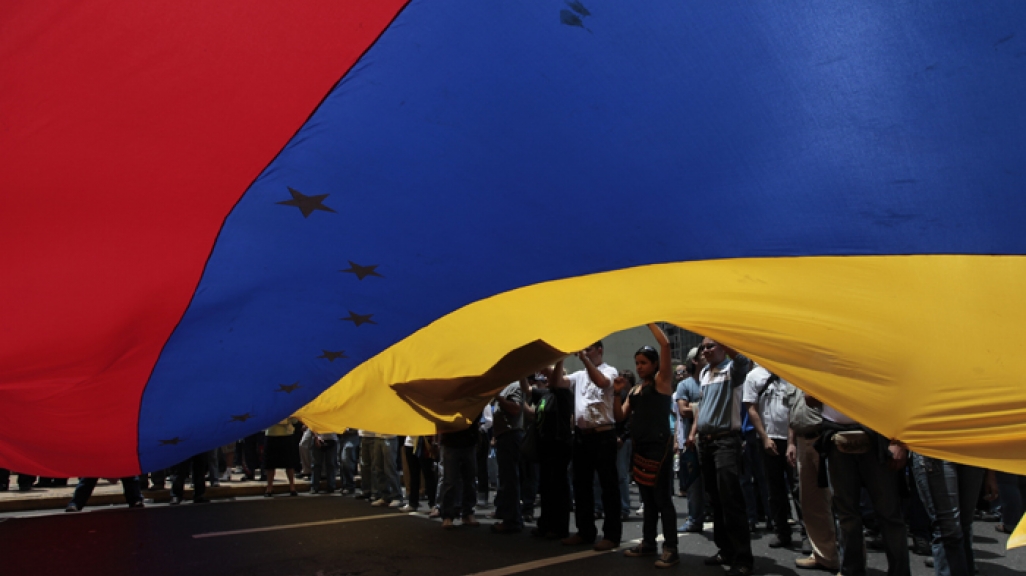 Caracas’ mayor was jailed on conspiracy charges last week. Over half of the country’s opposition mayors face legal action since 2014 demonstrations.

As Venezuela faces a host of economic woes, from Latin America’s highest inflation rate to shortages of basic goods, the country also continues to experience political divisions. This month, the government continued its crackdown on opposition politicians as President Nicolás Maduro vowed to use an “iron fist” against those allegedly plotting against the government. Plus, February marked a year since the country’s large-scale protests over frustrations with the economy, crime, and other issues.

On February 19, intelligence agents arrested opposition figure and Caracas Mayor Antonio Ledezma, who was later charged with conspiring to overthrow the government with alleged support from the United States. (The State Department called the accusations “baseless and false.”) The government’s case stems from an open letter signed by Ledezma and two other opposition politicians—Leopoldo López and Marina Corina Machado—in which they call for a transitional government.

López and Machado face similar accusations by the government. As of February 18, López spent a year behind bars. A former Chacao mayor, he was arrested during last year’s protests on charges of inciting violence intended to overthrow the government. He appeared at a hearing on February 23, and is slated to return to court on February 25. He faces up to 13 years in prison. Luis Vicente León, president of pollster Datanálisis, told The Washington Post in September that López’s incarceration boosted his popularity at the expense of two-time presidential candidate and opposition leader Henrique Capriles. “By keeping [López] in jail, the government can prolong the split within the opposition," he explained. Meanwhile, Machado—one of four opposition legislators stripped of their seats in the last two years—was indicted in December on charges of plotting to kill the president.

Now, another opposition politician faces scrutiny. A congressman and the national coordinator of the Justice First party, Julio Borges stands accused by Socialist Party legislators of conspiring in a coup plot. On February 23, a group of Socialist Party parliamentarians went to the public prosecutor’s headquarters in Caracas to “present proof” and request an investigation. Henry Ramos Allup, another opposition figure, expressed concern that Borges could lose his seat in the National Assembly as early as February 24 and stands the risk of arrest.

Plus, there are other local politicians with legal troubles. In the wake of last year’s protests, 33 out of 50 opposition mayors face legal action, reports The New York Times. Daniel Ceballos, the former mayor of San Cristobal where last year’s protests originated, remains in prison a year after his arrest. Former San Diego Mayor Enzo Scarano—also imprisoned during the 2014 demonstrations—was in jail until January, when he was moved to house arrest due to poor health.

In the aftermath of Ledezma’s arrest, Peru’s Foreign Minister Gonzalo Gutiérrez said he hoped to restart a mediated dialogue, which took place last year. Gutiérrez added that he’s in talks with his counterparts in Brazil, Colombia, and Ecuador to begin a new set of meetings organized by the Union of South American Nations. But Caracas Chronicles’ Juan Nagel sees such efforts as inadequate, with little possibility of domestic mediators. “The tragedy is that there seem to be no honest brokers left to help usher in a peaceful solution,” he wrote for Foreign Policy.