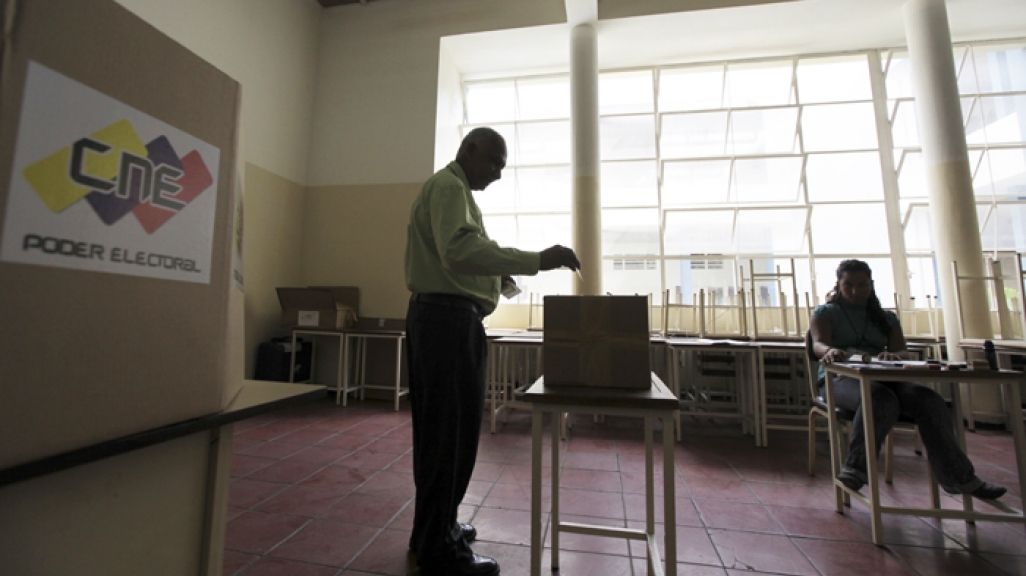 Venezuela Update: Opposition Gears Up for Legislative Vote during Primary

More than 100 candidates from the Democratic Unity coalition ran in the May 17 opposition primary.

On May 17, Venezuela’s opposition parties held a legislative primary, setting the stage for a potentially divisive vote later this year. The election date has yet to be set, though National Electoral Council (CNE) officials say it will take place during the fourth quarter of 2015.

The Andean country faces a host of challenges, from the region’s highest inflation rate to food shortages to a crackdown on opposition figures; with several high-profile figures—including politician Leopoldo López—still behind bars. Venezuelan President Nicolás Maduro currently rules by decree.

The Democratic Unity (MUD) coalition represents 29 opposition parties and occupies around a third of National Assembly seats. During the upcoming vote, the legislature’s 167 seats are up for grabs, and polls show the opposition could even gain control of the National Assembly, reports The Miami Herald. For example, an April Datanálisis survey found that the opposition holds a 20-point lead over the governing United Socialist Party of Venezuela (PSUV).

On Sunday, 109 candidates sought a spot on the upcoming ballot, and voters were not required to register with a party to participate. According to a MUD spokesperson, more than 640,000 people voted in the primary, representing close to 9 percent of the electorate and more than double the turnout during the last legislative opposition primary. The PSUV holds its own primary on June 28.

The day of the primary, the CNE did not make a statement, and as of May 18, had not released information about the vote on its website. Meanwhile, the CNE invited electoral observers from the Union of South American Nations bloc—without informing the MUD, opposition officials said.

In a press conference Sunday, MUD Executive Director Jesús Torrealba said the government and media held an “information blackout” about the election, noting voters participated not because of the CNE, but in spite of it. He also pointed to a high turnout in comparison to the last legislative primary. “Venezuelans see in the Democratic Union an option for emerging from this crisis,” he said.

Several figures from last year’s anti-government protests won the primary. Former San Cristobal Mayor Daniel Ceballos—currently in prison after refusing to cooperate with the federal government during the demonstrations—won in Tachira state. If he clinches the vote later this year, he could be released from prison because of a rule giving immunity to legislators.