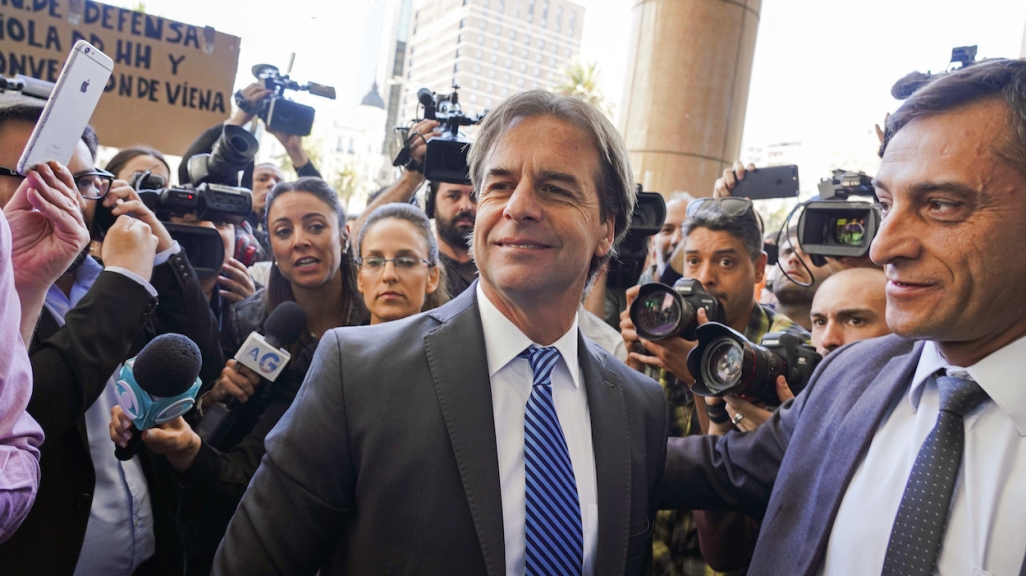 Update: A New President in Uruguay

Luis Lacalle Pou will need to tackle a slowing economy and rising crime after taking office on March 1.

In Uruguay’s November 2019 runoff, voters elected a new head of state into office, ending the 15-year run of the left-wing Broad Front. When lawyer and former Senator Luis Lacalle Pou is sworn in on March 1, it will be the first time the conservative National Party will be back in the presidency since his father, Luis Alberto Lacalle, held office from 1990 to 1995. A stagnant economy—projected to hit just 0.3 percent growth in 2019— along with growing concerns about crime helped give Lacalle Pou the win in the country of 3.5 million people.

In the new legislature, in session since February 15, Lacalle Pou will need to work with the Multicolor Coalition of five right-leaning parties, comprising his own National Party as well as the Colorado Party, Open Forum, Independent Party, and the People’s Party. This coalition has the majority in both houses of Congress, with 56 out of 99 seats in the Chamber of Deputies and 17 out of 30 in the Senate. The Broad Front coalition will continue to have a strong presence, with 42 and 13 seats in the lower and upper houses, respectively. Overall, the new Congress is the most varied in Uruguay’s history, with seven parties represented, three of them for the first time.

AS/COA Online previews the panorama for Lacalle Pou as he takes office on March 1.

Lacalle Pou got to work during the three-month transition. His proposed Law of Urgent Consideration, announced in January 2020 and signed by his coalition, would usher through measures on 10 fronts, including public security and the economy. This bill is to be introduced to Congress in the first days of March and must be approved within three months.

In his government plan, the soon-to-be president indicates that Uruguay’s economic growth has plateaued, resulting in the loss of about 50,000 jobs in the last four years, the highest fiscal deficit in 30 years. To lower the fiscal deficit, he pledges to cut public spending by $900 million, or 1.5 percent of Uruguay’s GDP, in his first year in office, while saying these cuts would come from public employment and infrastructure, not social services. Lacalle Pou acknowledges the importance of “the welfare state,” calling it “part of the DNA of this country,” per The Economist.

Lacalle Pou also has plans to change Uruguay’s immigration policies to encourage foreigners to obtain permanent residence and invest in the country. In a Miami Herald interview, the incoming president said he wants to create economic conditions to make it easier for thousands to settle in the country, saying they can come from “Argentina, Brazil, or anywhere else in the world.” Due to an economic crisis, many Argentines are already relocating to Uruguay; in 2019 about 28,600 did so.

Rising crime was a top concern for voters in the 2019 election. Uruguay’s homicide rate rose by 46 percent in 2018 to nearly 12 per 100,000 people, amounting to a record high for the country.

Lacalle Pou appointed as his interior minister the former Senator Jorge Larrañaga, who had proposed the Live without Fear referendum, which called for—among other measures—the creation of a national guard. Presented in the October 2019 first-round, the measure fell about 3 points short of the 50 percent necessary to pass. In 2014, Larrañaga pushed for another unsuccessful referendum that would have reduced the age of criminal responsibility to 16 years.

Lacalle Pou said he will instruct police to raid high-crime zones where illegal drug dealing is prevalent, however, he does not intend to revert the marijuana legalization law established by his predecessors.

Lacalle Pou’s designated foreign minister is economist Ernesto Talvi, who is prioritizing the relationship with Brazil, having already met with his Brazilian counterpart. Uruguay will also seek to have positive relations with Argentina, despite President Alberto Fernández supporting Lacalle Pou’s rival in the runoff, Daniel Martínez. Fernández will not attend Lacalle Pou’s inauguration due to the opening of the legislative session in Argentina, but will travel soon after meet the new president and is sending Foreign Minister Felipe Solá in his place. Lacalle Pou also pledged to strengthen Mercosur and has suggested pursuing trade pact with the United States.

Like his predecessor Tabaré Vázquez’s government, Lacalle Pou said he will not recognize Juan Guaidó as interim president of Venezuela but sees the country’s National Assembly, which Guaidó presides over, as the legitimate governing body in the country. The Uruguayan incomer did not invite Cuba’s President Miguel Díaz-Canel, Nicaraguan President Daniel Ortega, or Venezuela’s Nicolás Maduro to his inaugural ceremony, though he will invite their ambassadors. Lacalle Pou also announced that Uruguay will leave the Montevideo Mechanism, a working group with Mexico and Caribbean states established in early 2019 to attempt to mediate the Venezuelan political crisis.

Other presidents who plan to attend include Jair Bolsonaro of Brazil, Sebastián Piñera of Chile, Iván Duque of Colombia, Mario Abdo Benítez of Paraguay, and King Felipe VI of Spain. The United States will send a delegation led by the Environmental Protection Agency’s Andrew Wheeler. 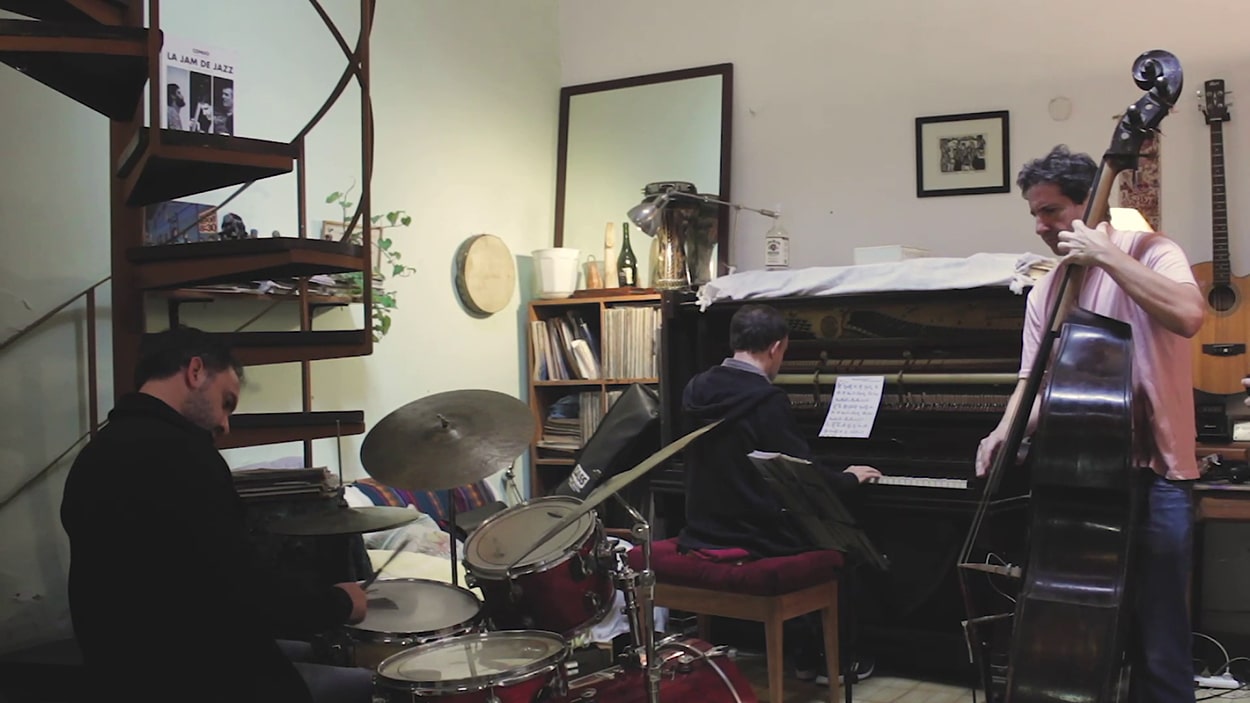 Music of the Americas: Closing the En Casa Season and Eduardo Fernández Video

This week, we close out En Casa's 2021–2022 season and release the video of Eduardo Fernández's concert on our stage. 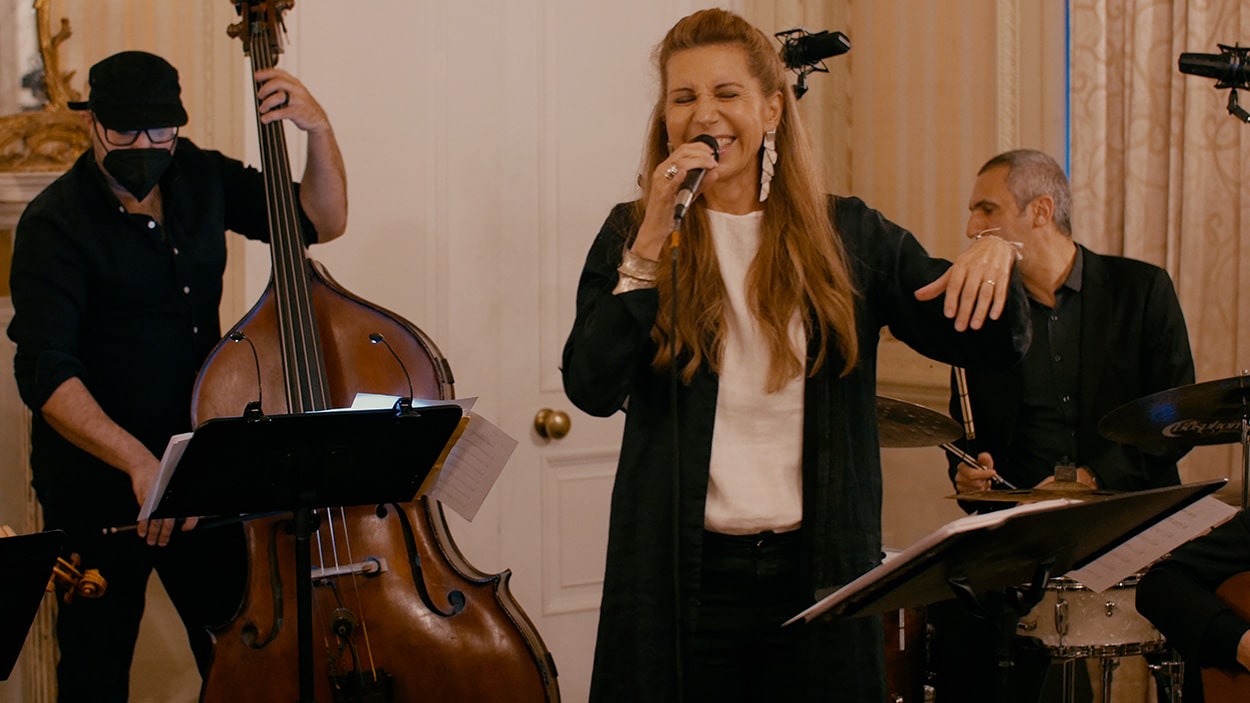 Music of the Americas: Magos Herrera, En Casa, and Recuerdos

This week features a video by the Mexican singer alongside solos by João Camarero, Silvina Gómez, and Sebastián Benassi.