The weather phenomenon is hitting Latin America hard, and with economic consequences.

Latin American economies were already facing economic slowdown when along came El Niño. This cyclical weather phenomenon, involving the formation of a band of warm water in the Pacific Ocean, kicked off in late 2015 and is bringing everything from droughts to heavy rains to the region. The effect is currently at its strongest point and meteorologists describe it as the worst in 35 years. It is expected to continue until late spring.

Here is a rundown of how El Niño is affecting Latin American economies.

Argentina, Chile, Paraguay, and Uruguay: The Southern Cone has faced heavy rains, causing widespread flooding. The Pacific Ocean flooded the coast of Chile, while the Paraguay, Paraná, and Uruguay rivers overflowed, requiring evacuations. At least 200,000 people have been forced to evacuate their homes throughout these countries. So far, the economic impact in these countries is not clear.

In Argentina, the federal emergency response agency is preparing for the worst-case scenario, which would bring the heaviest floods in 30 years. It would mainly affect the Río de la Plata basin—an area that produces 60 percent of the country’s GDP.

In Chile, members of the grape sector, fundamental to the country’s wine industry, said they were expecting the heavy rains but didn’t foresee major changes in their crops.

Brazil: The Brazilian southeast and the northeast have faced heat waves and droughts, which peaked in November, prompting some Brazilians to relocate to cities in the interior of the country. Meanwhile, much of the rest of the country has seen heavy rains, putting a strain on water management systems in cities like São Paulo.

Both phenomena might have contributed to one of the country’s biggest problems: the spread of the Zika virus. The disease is carried by mosquitoes, which thrive in high temperatures and stagnant waters. While storing rainwater is common practice throughout the north and northwest, a new report points out that the drought in the rest of the country pushed people to store water in open containers, helping the insects reproduce. The virus and associated travel alerts are expected to hit Brazil’s tourism economy, which accounts for 20 percent of the country’s GDP.

Brazilian agriculture might also suffer, as rains in the western region pushed back the harvest dates for soy and corn. Forecasters expect an impact on coffee bean production as well, and some believe that the drought in southeastern Minas Gerais, Rio de Janeiro, and São Paulo states will mean that Brazil will not be able to meet international demand. But others think that the excess of rain in Paraná state farther south will more than compensate in crop production, which will bring coffee beans price down.

Central America: Drought-related famine could strike 3.5 million people in El Salvador, Guatemala, Honduras, and Nicaragua, according to authorities, while the UN projects 2.3 million will require food assistance. In September, corn production fell 60 percent in the region, and bean production shrank 80 percent. El Salvador is expected to have a $28 million loss in food production, while Guatemala lost at least 80 percent of its crops. In Panama, corn fields dried up and production diminished by close to 70 percent.

Colombia: In January, drought caused Colombia’s two main rivers to drop to record-low levels. The Magdalena River dropped to 44 centimeters from an average minimum of two meters, according to Colombia’s Institute for Hydrology, Meteorology, and Environmental Studies. The Cauca River fell to just 52 centimeters deep at its shallowest measurement, down from an absolute minimum of 77 centimeters and an average low of three meters.

The government-appointed authority for the Magdalena—the country’s main waterway—says the drought has a big slowdown effect on the distribution of goods throughout the country, since only smaller ships carrying fewer goods are now able to navigate the river. On top of that, only certain tracts of the river are navigable, so ships must stop along the way, and cargo must be unloaded and carried into a new ship to reach its destination.

The electrical grid is taking a hit, too. Some 70 percent of Colombia’s electric energy comes from hydroelectric stations, which are working at just 61 percent of capacity, according to Colombian President Juan Manuel Santos. Colombia boosted its electricity production on January 10 by restarting the El Quimbo dam, which authorities shut down earlier due to environmental concerns.

Rising temperatures are causing fires and damaging crops around the country. Luis Mejía of the National Planning Department said in January that 470,000 hectares were damaged and he warned that food prices would rise because of a 4 percent slump in agricultural production. The country has already experienced a 50 percent drop in barley production, 44 percent decrease in wheat, and 27 percent decrease in corn. The food price increases in January contributed to 7.45 percent inflation in the preceding 12 months, though this figure is expected to settle at 4.5 percent by the end of 2016, after El Niño winds down.

Mexico: The country has faced rains and cooler temperatures, and the warm-water stream coming from the Pacific Ocean helped fuel October’s Hurricane Patricia, which destroyed 3,500 homes and damaged 8,650 acres of land on the country’s Pacific coast. The losses were estimated at about $200 million. More recently, the cold temperatures caused production of some crops such as asparagus, green onion, and scallion to plummet, driving up the prices, which were already high because of the drought in California.

Peru: El Niño impacted Peru moderately, but while rains showered the north, high temperatures and droughts dried out the south of the country. This will affect agriculture and the cattle industry, and economists expect food prices to rise by at least 30 percent as a result. The country is also spending $20 million building infrastructure along the coast to protect the fishing industry from El Niño’s heavy rains and “abnormal waves.”

Venezuela: El Niño hit Venezuela with drought starting December, and the government has mandated water and energy rationing throughout the country. Ernesto Pavia, minister of water and “ecosocialism,” warned that reservoir levels in the country’s biggest 18 dams are down to the minimum level needed to operate. At least 62 percent of Venezuela’s electricity comes from hydroelectricity, which is why the government of Venezuelan President Nicolás Maduro ordered electricity rationing, leaving many shopping centers in the dark and operating under reduced hours. The government says this rationing is necessary because of the severity of this El Niño, but the opposition said it has more to do with poor government planning. The drop in oil prices, which accounts for 96 percent of the country’s export earnings, has already hit Venezuela’s economy hard. Inflation is expected to hit 720 percent in 2016. 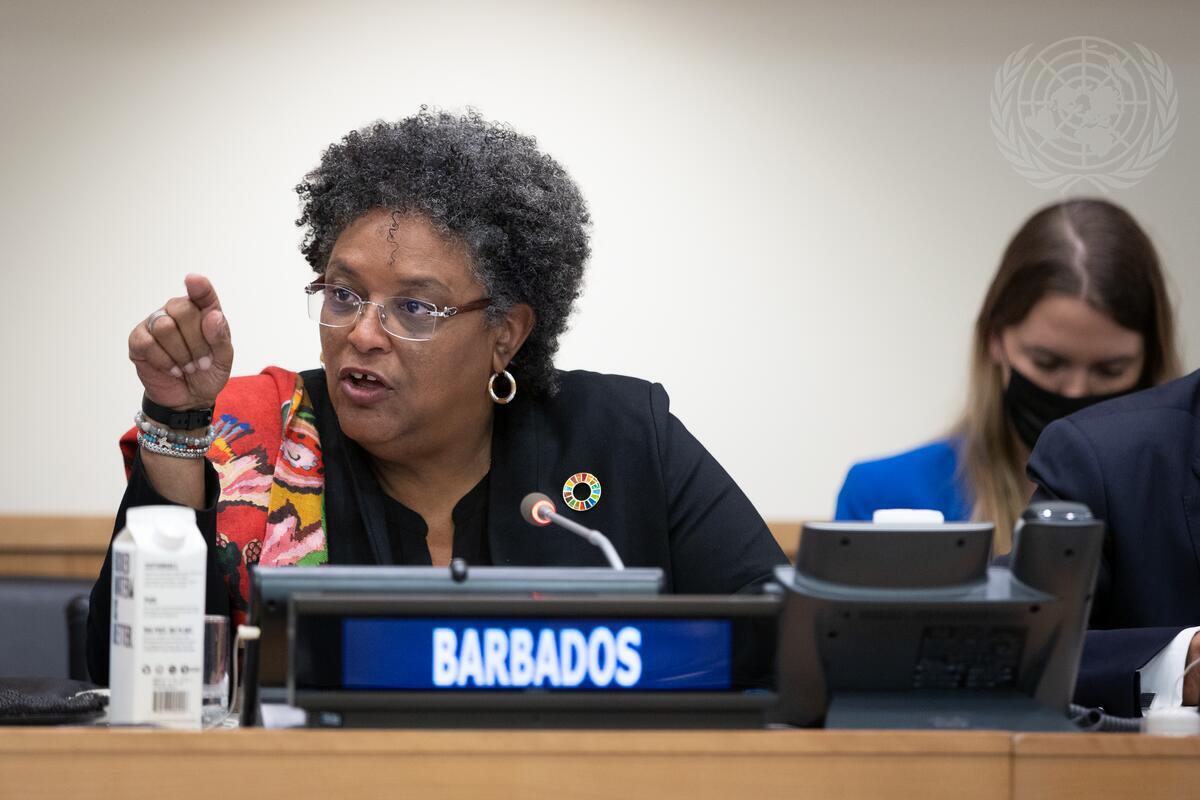 The prime minister of Barbados’ ambitious plans to finance the fight against the climate crisis have the world listening. 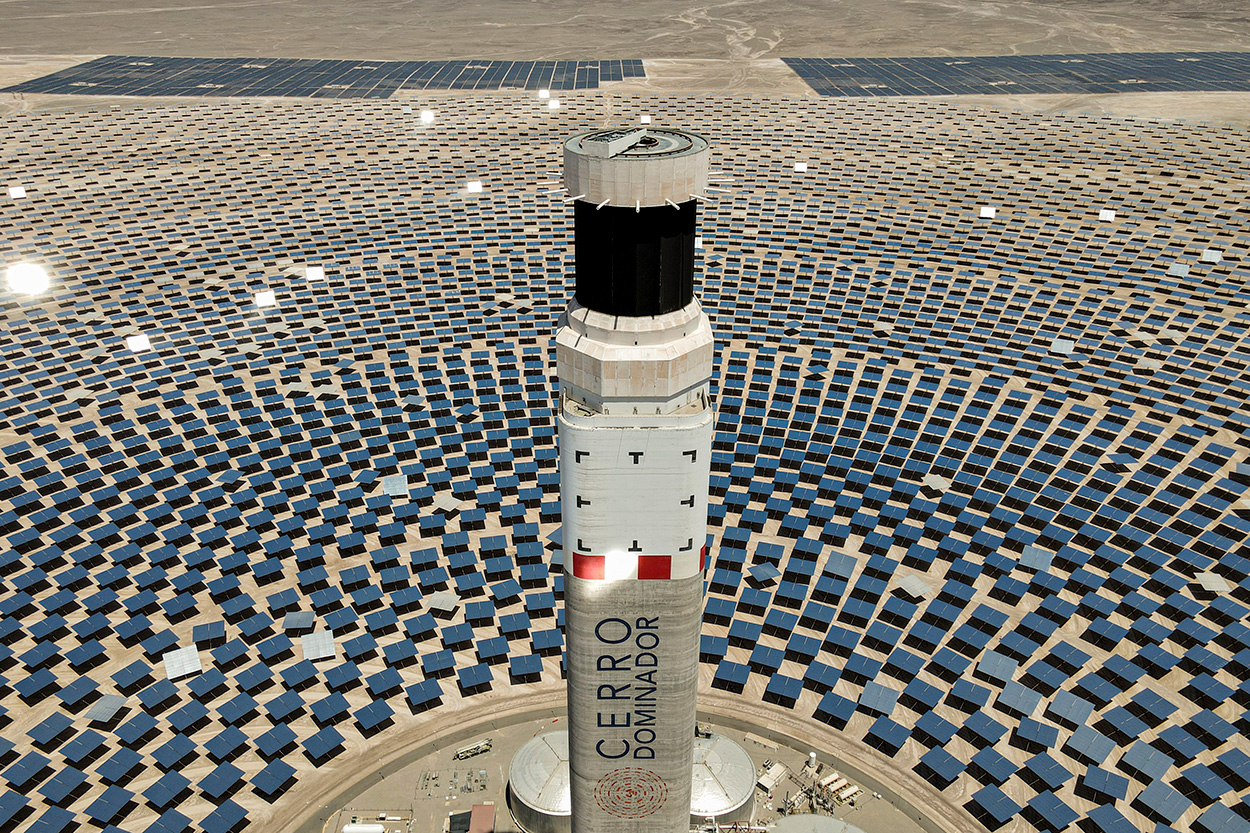