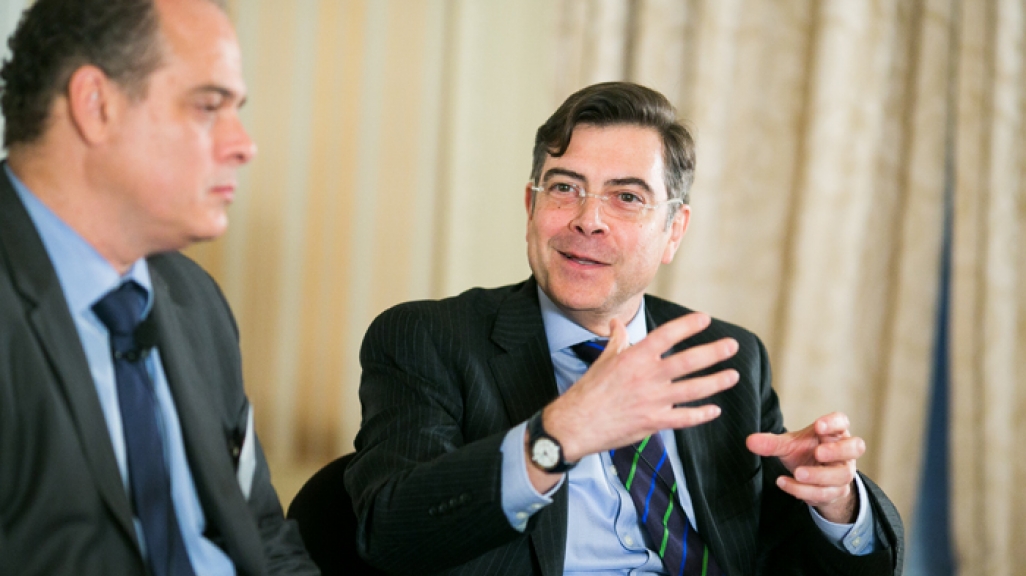 Panelists spoke about the bloc's success in trade integration, along with further opportunities to collaborate with other countries in Latin America.

On March 11, Americas Society/Council of the Americas (AS/COA) held a panel discussion with experts on trade integration and the Pacific Alliance. In particular, the panel discussion highlighted advances in this field with respect to removing tariffs, harmonizing rules of origin, and mitigating logistical and infrastructure barriers in the region. Experts on the panel also discussed the unique role of the financial market integration initiative, the Mercado Integrado Latinoamericano (Latin American Integrated Market, or MILA) for the four member countries and what it offers to the private sector. Finally, the panelists shared thoughts on what the Pacific Alliance could mean for the region and beyond in terms of other integration efforts.

The Pacific Alliance: What it is and what it isn’t

The Pacific Alliance, a trade and economic integration agreement initiated in 2011 between Chile, Colombia, Mexico, and Peru, is a bloc that represents the eighth largest economy in the world. Comprising 250 million people, the four countries account for 35 percent of GDP in Latin America and receive 46 percent of total foreign direct investment (FDI) in the region. AS/COA’s Eric Farnsworth described how the Pacific Alliance has developed momentum and attracted significant notice since its launch, stating that it “is the most exciting development in hemispheric trade relations that we’ve seen since […] 1994.” Indeed, the Pacific Alliance has addressed non-tariff issues ranging from financial and labor markets to shared diplomatic resources abroad.

According to Colombian Ambassador Carlos Morales, what makes the Pacific Alliance unique are common values in trade, open trade, and democracy shared between the participating countries. He highlighted that, unlike other trade blocs, the Pacific Alliance is not bureaucratic. HSBC economist André Loes added that previously, the most important trade initiative in the region was MERCOSUR—the sub-regional bloc comprising and associated with several South American countries—which, according to Loes, “had more of a cautious and protectionist view on their policies.” In comparison, the panelists pointed out that, rather than making broad declarations and political promises, the Pacific Alliance sticks to achieving results in a short period of time, facilitated by the work of its executive team, which is composed of vice ministers of the ministries of trade and foreign affairs from each country. “The secret is to be focused. We look at concrete things we can achieve,” said Ambassador Morales.

Results of the Pacific Alliance: “Software” and “hardware”

The main achievements of the Pacific Alliance so far include: (1) the signing of the Protocol, which brought tariffs effectively to zero for 92 percent of the goods traded between bloc members (the remaining 8 percent is planned to be phased out), (2) increased market access, (3) harmonization of rules of origin and sanitary measures, and (4) trade facilitation. The four countries have also advanced academic mobility, having granted more than 800 scholarships for students in member countries for university or post-graduate education. They have also created a business council, shared embassies in Morocco, Ghana, Algeria, Singapore, and Istanbul, established a cooperation fund, and integrated their financial and stock markets.

Joaquim Tres praised the Pacific Alliance’s efforts in going beyond tariffs, while stressing the importance of combined investments between the “software” and “hardware” of integration—the “software” being the harmonization of regulations in the protocol of the agreement and “hardware” the issues related to infrastructure and bureaucratic red tape.

According to the Inter-American Development Bank (IDB), countries in Latin America invest just below 2 percent of GDP in economic infrastructure, whereas East Asia invests between 6 and 10 percent. It also takes, on average, 3.5 days to clear customs, compared to 2.5 and 1.5 days in East Asia and Central and Eastern Europe, respectively. In order to relieve the bottlenecks at the borders, Tres said that the IDB is actively supporting the Pacific Alliance members in the areas of trade facilitation through programs such as the Electronic Single Window, Authorized Economic Operators, and International Merchandise Transit. These programs seek to reduce the high trade costs that come from transport and logistics costs and ultimately help traders do their business faster and more cheaply.

Perspectives from the Private Sector and MILA

Speakers agreed that the private sector welcomes the initiatives proposed by the Pacific Alliance in Latin America and emphasized that the four participating countries have prudent and orthodox monetary and fiscal policy regimes, with minimal government intervention into private sector affairs. “The Pacific Alliance as an initiative, as a mechanism, is sending a clear message to the international community. We are open economies with transparent policies and also with the best business and investment environment,” said Morales.

Discussion on the financial market integration initiative MILA raised the issue of diversification. MILA is an integrated stock exchange started in 2009 between Chile, Peru and Colombia. It is not formally part of the Pacific Alliance, but rather a private sector initiative. In 2014, Mexico joined. Tres pointed out what he called the “asymmetry” between Pacific Alliance and MILA members. With the addition of Mexico, MILA has become the largest market in terms of capitalization ($1.1 billion) and number of companies (986) after the São Paulo-based stock exchange, BOVESPA. In the Pacific Alliance countries, MILA offers investors access to investments in manufacturing, construction, and telecommunications in Mexico, retail in Chile, mining in Peru, and oil and services in Colombia.

What Lies Ahead for the Pacific Alliance

The panelists recommended roles for the Pacific Alliance countries in other trade integration agreements within and beyond the region, and also proposed priorities for the future. Loes noted the most important objectives of free trade integration agreements are to increase intragroup trade and also to be a platform for trade between the trade agreement countries and the rest of the world. Furthermore, the panelists noted that as Chile, Mexico, and Peru are part of the Trans-Pacific Partnership (TPP), joining the Pacific Alliance may be a good way for a non-TPP country to strengthen its position.

In their conclusions, the panelists noted that in the post-boom commodity era, the Pacific Alliance countries need to make targeted investments in infrastructure and economic integration. Especially in challenging times, Tres said that “there is evidence that [in] countries that integrate, trade and foreign direct investment grow faster. And by growing faster and by being engaged with other economies, [they] create better jobs. . . . Creating better jobs is the best way of reducing poverty and reducing inequality.”

Watch a video of the program: