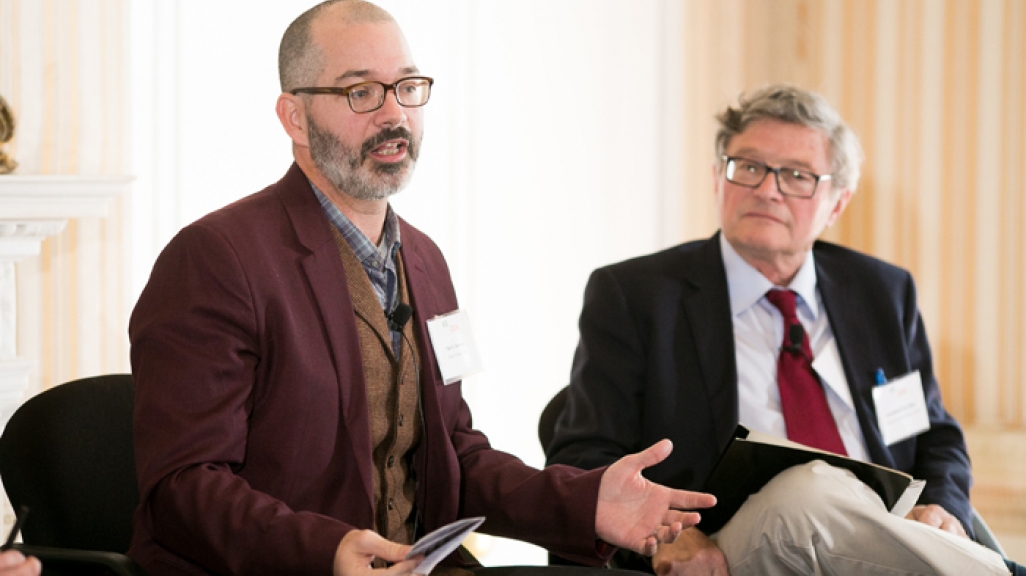 On April 2, AS/COA marked the release of the book Entrepreneurial Cuba: The Changing Policy Landscape with a public discussion on entrepreneurship in Cuba and the role of the country’s emerging non-state sector. Director of Policy Alana Tummino joined the book’s authors to examine various topics, including Cuba’s underground economy, recent economic reforms, lingering internal obstacles, and U.S. policy shifts.

Archibald Ritter of Carleton University credited the end of Soviet financing at the close of the 1980s and the subsequent economic crisis for a surge in small-scale business ventures in the 1990s. “What has happened,” Ritter said, “is that the nature of Cuba’s planned economy has generated a country full of entrepreneurs.” Ritter explained that the government’s ration system pushed Cubans to begin buying and selling between each other soon after its implementation, creating a black market and, ultimately, an entrepreneurial sector. This rising class of “microcapitalists,” as Ritter calls them, expanded substantially in 2011 when President Raúl Castro introduced a set of economic reforms.

The economic reforms formed part of the strategy to transfer about 1.8 million employees from low-productivity state jobs into the emerging non-state sector. Ritter called the president’s move a “repudiation” of his brother Fidel Castro’s economic policies, which he suggests has reduced informal sector employment. A reduction in informal sector employment is evidenced by the nearly five hundred thousand workers in Cuba’s small-enterprise sector.

These changes come as many Cubans also transition into jobs in the cooperative sector, which Ritter says could “maintain Cuba as a different ideal for a lot of people who want a different view of how an economy can operate.” However, he emphasized that Cuba’s socialist model might lead to a more tightly controlled cooperative sector. Despite the challenges, Tummino suggested that cooperatives are an opportunity to operate outside of the state-run economy without introducing a traditional private sector. “This quasi-private sector model has tremendous potential for growth going forward,” Tummino added.

On the future of recent reforms, Ritter said he agrees with Raúl Castro’s description of them as “irreversible,” but does not expect to see further liberalization in Cuba until a new president is elected, predicting an expansion of non-state sector enterprises after that, from primarily small to medium in size. At that point, Ritter said, Cuba will have to choose what kind of non-state sector it wants, a decision that will hinge upon its willingness to bring in large-scale enterprises from abroad or keep businesses local and smaller in scale.

According to Ted Henken of CUNY, Raúl Castro has made significant steps forward in providing Cubans greater economic freedom, but a high level of skepticism remains among Cuban entrepreneurs and consumers. Henken believes that this skepticism stems from a history of Cuban officials to craft economic policy based both on economics and ideology. This “ideology versus pragmatism” pendulum, as he describes it, has resulted in inconsistent policies toward a more open economy. However, Henken sees the recent reforms as being different from past reforms.

One way Entrepreneurial Cuba tackles this question of whether the 2011 reforms are sufficiently different is by examining the ways they benefit Cubans, and the areas where they could improve. According to Henken, “There is a fear that economic freedom and power may lead to political freedom and power, and the government is very nervous,” with the result being continued bureaucracy and management that limits reforms’ gains. For example, the state-sanctioned list of legal occupations has grown significantly, but its enforcement still removes many potential innovators and entrepreneurs from the economy. “There shouldn’t even still be a list of what occupations are legal,” Henken added.

Henken concluded by looking at barriers within U.S. policy, namely the continued economic embargo and Cuba’s inclusion on State Sponsors of Terrorism list, calling on Congress to go further in allowing for even more changes to occur. One area with potential benefit to Cubans, Henken pointed out, was the U.S. government’s loosening of restrictions on services Cubans can export to U.S. buyers. These loosened restrictions paved the way for the expansion of Airbnb into Cuba, which the Associated Press called “the most significant U.S. business expansion on the island” since the two countries reestablished ties in late 2014.

Why Cuba’s Díaz-Canel Is Still in Trouble

Protests may seem to have subsided. But the president's outdated authoritarian tactics will create more instability.

The U.S. cannot inject itself strongly into the unrest because it must be viewed as “an issue between the Cuban people and their oppressors," said AS/COA's Eric Farnsworth to RealClearPolitics.