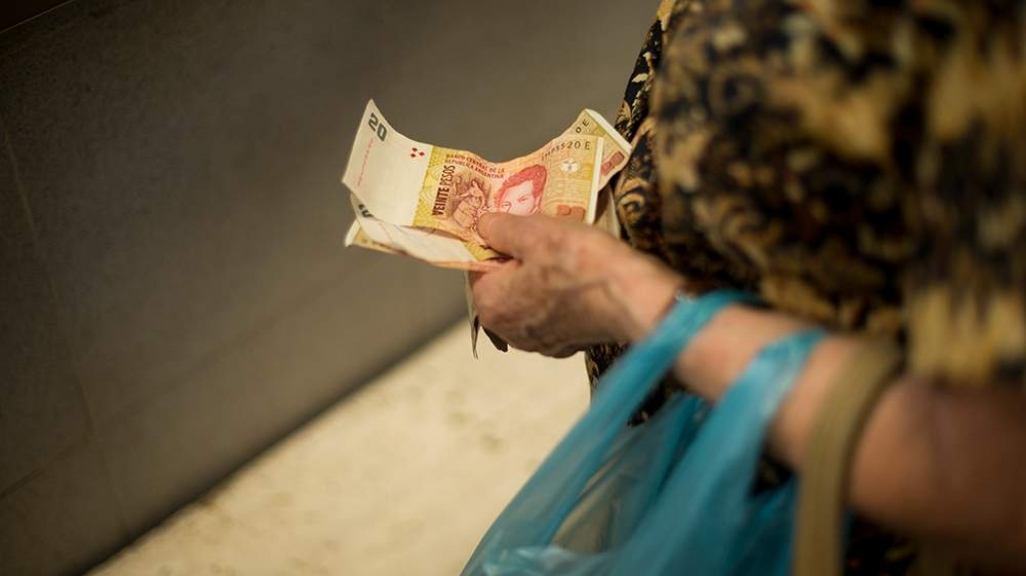 A woman in Argentina. (AP)

Is Pension Reform on the Ballot in Argentina's Election?

With the fastest-aging populations in the world, Latin American countries are under the gun to overhaul pension systems. Argentina is no different. President Mauricio Macri passed a reform in December 2017, which was met with protests, along with a number of legal hurdles that have kept the legislation from bearing fruit. The latest came on March 26, 2019, when Argentina’s Supreme Court ruled it was unconstitutional to tax pensioners. The administration has been mute on the issue, avoiding an unpopular subject as the president faces reelection this fall.

“It is a technical, socially contentious, complex problem that will certainly need to be addressed if long-term sustainability of the system is to be achieved,” says Juan Cruz Díaz, special advisor on Argentina to AS/COA and managing director of Cefeidas Group. “But pension reform will not be on the agenda for this electoral year, particularly since the Macri administration will have to focus on stabilizing the economy first.”

Whether or not pension reform becomes a 2019 campaign issue, the burden will fall to the next administration. AS/COA Online takes a look at the scope of the problem, where we are, and what’s next.

See a calendar of important Argentina electoral dates for 2019.

How we got here

Argentina’s pension system relies on taxing current workers in order to fund current pensioners, which is known as a contributory pay-as-you-go, defined-benefit system where the government guarantees certain benefits. The country’s National Social Security Administration (ANSES) determines payouts for women 60 years and older and men 65 years and older who have contributed at least 30 years to the workforce, with some exceptions.

After wins for the ruling party in the 2017 midterms, Congress managed to pass a reform that made minor adjustments, such as allowing workers to wait until 70 to retire, restricting companies’ ability to intimidate employees into retiring, and, importantly, changing the way pensions were calculated. The new math aimed to save $2.4 billion and reduce Argentina’s ballooning public spending, which reached a peak of 42.2 percent of GDP in 2016—the highest of any Latin American country. Some 60 percent of that public spending goes to pensions, economist Juan Navarro-Staicos told AS/COA, due in large part to a series of policies implemented during the presidency of Cristina Fernández de Kirchner, when pension spending grew from 4.8 percent to 7.4 percent of GDP.

A number of factors have contributed to the present situation. In the wake of the 2008 financial crisis, the Fernández de Kirchner administration nationalized pensions, which were previously managed by private pension funds. Then policies implementing a universal minimum pension—with or without a contribution history—and a universal child allowance (known as the AUH) for poor families financed by social security tripled the number of pension beneficiaries without increasing the number of contributors. “Argentina’s pension system offers nearly universal coverage for the retirement-age population, but it is estimated that more than half of recipients did not contribute to the system before retiring, which puts significant strain on the government’s coffers,” says Díaz.

With an income tax as high as 35 percent, some opt to remain in the informal economy, says Navarro-Staicos. Today, an estimated 35.3 percent of jobs in Argentina are informal or unregistered, which also results in fewer contributions. Moreover, an aging population and higher life expectancy exacerbates the already unsustainable system. From 2020 to 2040, Argentina’s over-65 demographic is expected to grow from 11.7 to 15.2 percent of the population, while the working age group (15–64) will budge from just 64.3 to 65.3 percent, according to the UN's Economic Commission for Latin America and the Caribbean.

To correct the imbalance, the International Monetary Fund has called for adjusting the formula for indexing payouts. This was the core of the Macri administration’s 2017 reform, which proposed changing pensions from being linked to increases in wages and tax revenue to being linked to wages and inflation, an index known as the Retirement Mobility Index, or RIPTE. But a 4-to-1 Supreme Court vote in December 2018 ruled that the RIPTE violated the Constitution’s protections for society’s most vulnerable sectors because it reduced pensions, ordering Congress back to the drawing board for a new way to calculate payouts.

In a similar ruling on March 26, the Supreme Court prohibited the government from taxing pensions that surpass the minimum for taxable wages, ordering the government to return money to the retired Argentines who have filed some 400 similar cases. The government has already embarked on a separate reparations program to give additional funds to over a million retirees whose pensions were incorrectly calculated between 2002 and 2006.

Now Macri finds himself torn between fixing an unpopular reform before the October 27 election or tabling it for a possible second term. From the moment the government first announced the reform, violent protests erupted, with two out of three Argentines opposed, per a poll by Ricardo Rouvier & Asociados. A month later, negative perceptions of the president rose to 52.4 percent, marking the first time in a year that his disapproval rating surpassed his approval rating. “Unfortunately, it’s never a winning political strategy to campaign on reducing pensions, which is why we are unlikely to hear much on this topic ahead of the election. It will be key to see signs from the next administration on a clear plan to address this problem,” says Navarro-Staicos.

Macri’s problems go beyond pension reform. Perfil.com shows that 36.9 percent of voters surveyed in January said they were most concerned with the economy, though nearly as many (35.3 percent) answered that both security and economic issues would have the greatest impact on how they vote. “General economic concerns—high inflation and devaluation and how these impact the majority of the population’s day-to-day livelihood—are highest in the minds of voters ahead of the elections,” says Díaz, adding that though pension reform might be “too much to think about in the current climate, it will have to be dealt with eventually.”