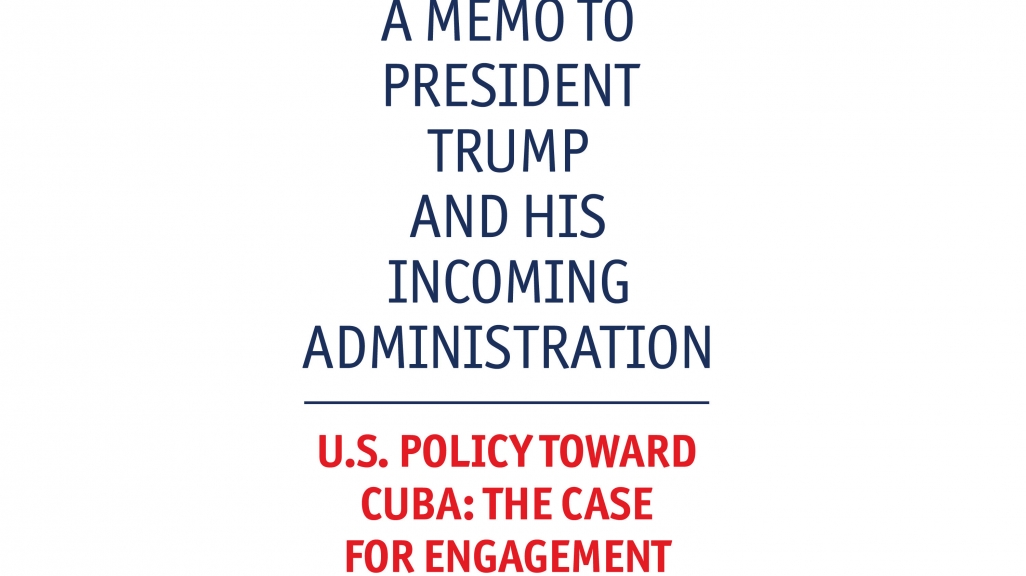 A Memo to President Trump on U.S. Policy Toward Cuba

AS/COA joins 17 signatories in an open letter organized by the Cuba Study Group to President-elect Donald Trump and the incoming administration.

On December 17, 2014, the United States and Cuba began the long process of restoring diplomatic, economic, and political relations after 53 years of hostilities and isolation. Strategic modifications in travel and commercial regulations, coupled with government-to-government talks on a host of practical matters, have since brought about significant improvements in our dealings with a traditional adversary.

The Trump administration will define its own approach to this and other complex foreign policy matters as it seeks to build an agenda that serves U.S. priorities. In doing so, we strongly encourage the administration to defer major policy shifts until it has carefully considered how U.S. interests would be best served in its relations with Cuba. We are confident that a close evaluation will confirm that constructive engagement—including the reduction of travel and commercial barriers—is the best strategy for supporting the Cuban people and boosting U.S. jobs and exports. Change inside Cuba on many metrics remains slow. Nonetheless, further progress toward normalization stands the best chance of improving security just off U.S. shores, reducing irregular migration, enhancing the management of U.S. borders, and encouraging continued, positive evolution inside the island.

Therefore, we, as individuals and representatives of diverse organizations with a long-standing, non-partisan interest in U.S.-Cuban affairs, call on President Donald Trump to conduct a comprehensive review of the progress made in U.S.-Cuba relations.

To reflexively reverse course could have pernicious consequences for U.S. economic and foreign policy interests and the prospects of evolutionary change in Cuba. Past policies of isolation did not elicit internal reforms or lead to political opening. Furthermore, history shows that the Cuban people, not the government, tend to be the victims of state-to-state confrontation. Particularly in the wake of Fidel Castro’s long-expected, but symbolically potent death, the potential negative repercussions of a dramatic about-face—the danger of a reciprocal Cuban internal political and economic retrenchment—are all too real. The Trump administration’s Cuba policy should be based on seizing opportunities to further advance vital U.S. national interests and carefully analyzing strategic risks. Important considerations include:

A U.S. policy of engagement has strong support from the Cuban people. Cuba’s own progress on important domestic economic and political issues remains uneven, and despite the growth of U.S. travel ties, the island’s economy recently slipped into recession. Still, the new bilateral climate has benefitted many Cubans’ lives, and it has helped create favorable conditions for those inside Cuba who want to see their country evolve. At this delicate moment in Cuba’s road to reform, we urge President Trump to implement an engagement strategy while also taking a fresh look at the effectiveness of current U.S. policy tools. U.S. interests and the just aspirations of all Cubans for a more democratic, prosperous future are best served by a normalization policy of increased economic openness and creative diplomacy.

Americas Society/Council of the Americas

The Center for Democracy in the Americas

The American Society of Travel Agents

NAFSA: The Association of International Educators

* Affiliation is for identification purposes.