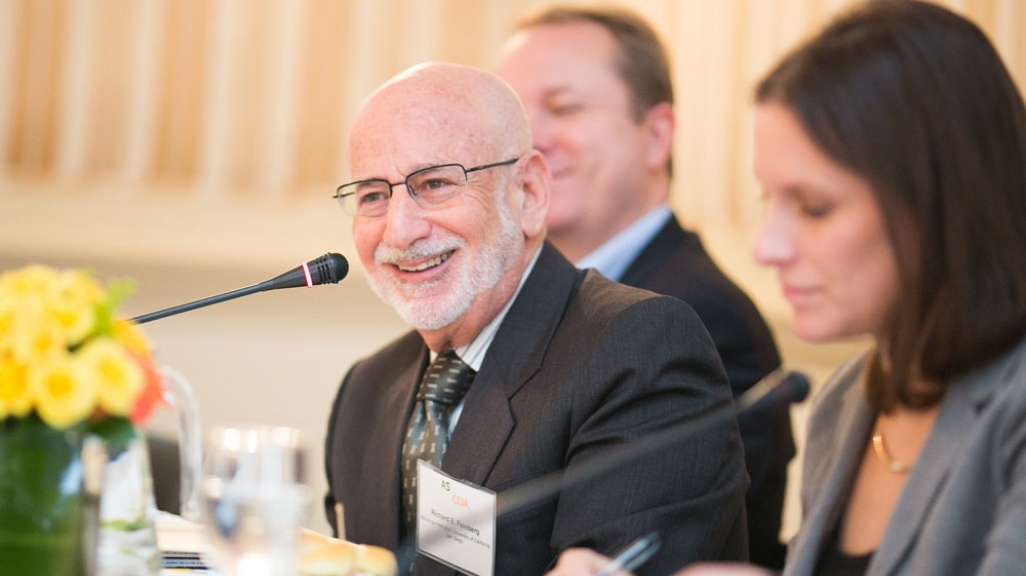 LatAm in Focus: Richard Feinberg on the Post-Castro Cuban Economy

Listen: How will Cuba change after Fidel Castro’s death and with a new U.S. president?

Businesses need patience to enter the Cuban market, but once in, “it’s really quite delightful,” says Richard Feinberg. Why? “Because you basically have a monopoly situation because the government is not going to let a lot of other companies in to compete with you.” Feinberg, a Brookings Institution fellow who served as a special assistant on national security affairs for U.S. President Bill Clinton, shared his insights at an AS/COA event launching his book Open for Business: Building the New Cuban Economy. AS/COA’s Cuba Working Group head Alana Tummino led the December 1 talk in New York.

Unsurprisingly, the death of Fidel Castro on November 25 was a major point of discussion. Though the Communist leader left the helm of Cuban politics to his brother Raúl in 2006, Fidel continued to cast a long shadow. “Your average Cuban has huge admiration for the históricos,” says Feinberg, referring to Castro’s generation of Cuban revolutionaries. “It’s a huge mistake not to understand that.” As such, Feinberg points out that Raúl’s successor will have to prove his legitimacy when he takes over in 2018 by accelerating economic reform. For now, there’s little urgency to fix the ailing economy during Raúl’s lame duck period, says Feinberg.

When it comes to the possibilities of the next step in U.S. rapprochement, Feinberg said there’s one deal President-elect Donald Trump could make that would be a win-win for both countries: settling the U.S. property claims worth $2 billion. That would appease 6,000 U.S. claimants, while giving confidence to those interested in investing in Cuba.