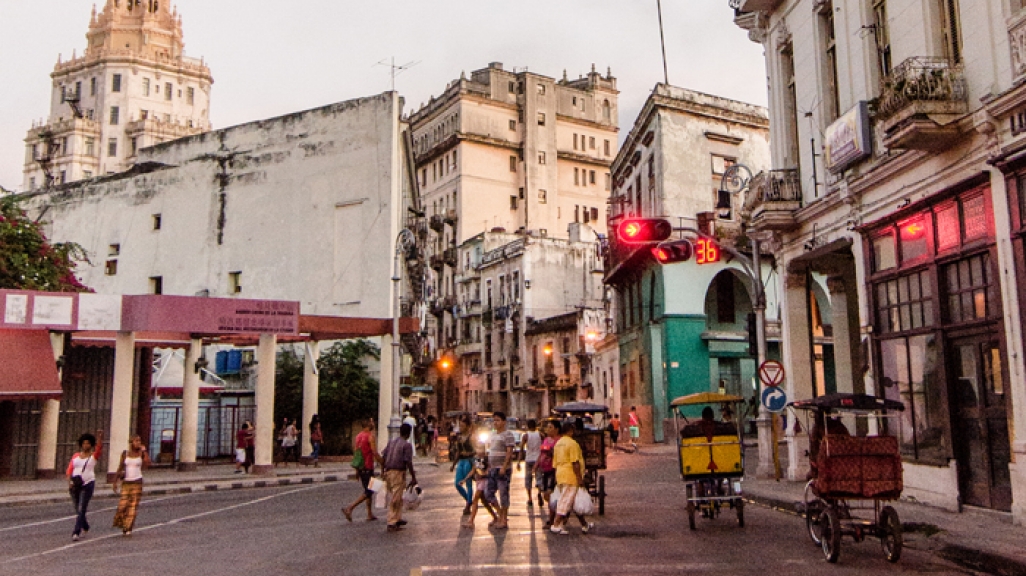 LatAm in Focus: Josefina Vidal on a Changing Cuba

Listen: From legalizing SMEs to U.S. relations, Cuba’s director of foreign affairs with the United States talks progress and next steps.

Cuba will legalize private small- and medium-sized enterprises, commonly known as SMEs, to expand a private sector that currently employs about a third of the workforce. But the historic step announced on May 24 has been a long time coming, according to Josefina Vidal, the general director of U.S. relations in Cuba’s Ministry of Foreign Affairs. The Seventh Cuban Communist Party Congress held in April recently ratified the measure to be in line with economic reforms kicked off in 2011.

“What we are doing now is clarifying the different kinds of properties that will coexist,” Vidal told AS/COA Online’s Elizabeth Gonzalez, though large state enterprises will continue to dominate Cuba’s key sectors. Eventually, all businesses will be able to have access to a wholesale market, which currently only exists for the agricultural sector.

Vidal also gave her view on next steps for U.S.-Cuban ties. She said lifting the embargo is at the top of the list of changes the Cuban government would like to see coming from Washington, along with abolishing the “wet foot, dry foot” policy granting Cuban immigrants refugee status as soon as they touch American soil.

As for expectations from a new U.S. government, “One would hope that whomever is the next president will continue the path that we initiated because it would reflect the consensus that already exists,” Vidal said. It’s true that the majority of the U.S. public supports rapprochement, but 51 percent of Cuban-Americans in Miami, the largest community in the country, disagrees, according to a May survey by Bendixen & Amandi International. Vidal argued they should go to the island and see the changes taking place for themselves.