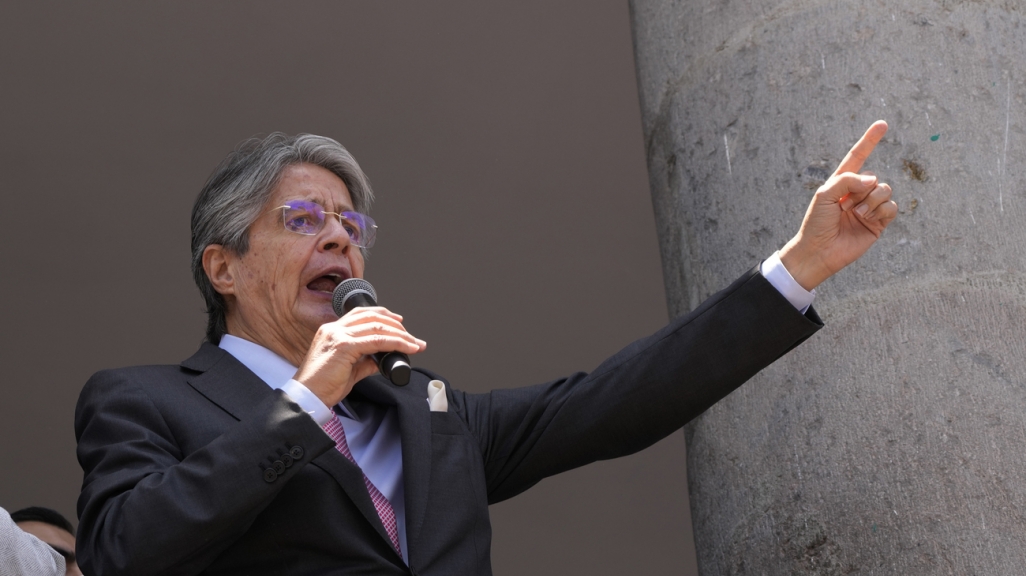 One year ago, businessman Guillermo Lasso beat the odds to capture Ecuador’s presidency in an April 11 runoff. Early triumphs, such as vaccinating more than 9 million people in his first 100 days, helped give him approval ratings ranging from 64 to 74 percent during his political honeymoon. So it seemed he could have the momentum to usher through his business-friendly policy agenda.

The gridlock has complicated the president’s efforts to meet one of his top goals: attracting foreign investment in Ecuador. “What entrepreneurs want and what external investment wants is juridical stability in a country,” says Moncagatta. “And that's something that Ecuador has not had for decades. Guillermo Lasso has tried to implement some stability, but because his government is so weak in Congress ... [investors] prefer to go to other places.”

"There's a great security crisis in Ecuador currently, and this has to do with state capacity."

Another factor complicating Lasso’s leadership is the spike in insecurity. Ecuador has seen a rise in violence related to drug trafficking, especially in its prisons. “I have to be pessimistic about this,” Moncagatta explains. “It seems that the drug cartels are getting stronger [all the time]. And the state cannot handle all the conflicts that this produces.”

All this is leading to rumors that Lasso might use a Hail Mary legal instrument known as the muerte cruzada, which would trigger new presidential and legislative elections. Moncagatta expressed doubt that Lasso would go through with it though. “When he calls for new elections, he has to keep in mind that correísmo is still a very strong political force in Ecuador,” he said, referring to the movement of ex-President Rafael Correa (2007–2017). Moncagatta believes Lasso will continue to struggle to pass his agenda, which could generate frustration among Ecuadorans and lead them to make more radical choices next electoral cycle.

New to the podcast? Check out past episodes of Latin America in Focus and subscribe on Amazon, Apple, Google, SoundCloud, Spotify, and Stitcher.

The music featured in this podcast is Santiago Del Curto "Three Smiles for Tracey" by A. Hailstork for Americas Society. Watch the video: youtu.be/UeAaxFk-LrE