Peru's gastronomical ambassador talks about the documentary Perú Sabe and how his country's culinary renaissance is boosting social inclusion.

Peruvian super-star chef Gastón Acurio partnered with Catalan culinary innovator Ferran Adrià for the making of Perú Sabe, a documentary about Peru’s culinary renaissance and the role this gastronomical revolution plays in broadening social inclusion in the Andean country. In an interview with AS/COA New Media Manager David Gacs, Acurio explains how food can make a difference to society, bring hope to disenfranchised youth, and boost a country’s image.

AS/COA Online: At the screening of Perú Sabe (Peru Knows) in Lima, President Ollanta Humala said he believed Peruvian cuisine could be used as a tool for social inclusion. How do you think the boom in la cocina peruana, both in and out of Peru, is helping the country develop economically?

Acurio: Well, I think it’s helping a lot. The most important space that it’s helping in is integration. Food is a very prodigious chain that touches on almost everything: agriculture, industry, environment, identity, education, and promotion of the country to the world. So if cooks, if restaurants, try to help each other towards the same goal, which is Peruvian food as a tool for social and economic opportunities, it’s amazing because we become united in a dream that is very important for the country and we’re respecting each other even if we are doing very, very simple street food or having a great restaurant or even if you’re a small farmer. So this is very important as an inspiration to the other areas of the country.

AS/COA Online: What are the factors that led to the current renaissance in Peruvian gastronomy and what would you say your role has been as a culinary innovator and also international ambassador of Peruvian cuisine to help this renaissance come about?

Acurio: I’m part of a movement. I’m part of a generation of chefs, of Peruvian chefs that were trained in Europe and in a Europe dominated by French culture. So we are a movement of chefs that came back to our country and started rediscovering our ingredients, our traditions, our feelings as Peruvians and started building a new innovative Peruvian language for the world and for Peruvians at the same time—a language of beauty, of course, but a language also of social commitments and principles.

What we are trying to do is be responsible about the mission each of us have. So if I have the advantage of making nice restaurants in the world, I have a huge mission; I have a huge responsibility. It’s to use these restaurants as embassies of Peru, as opportunities for our young Peruvians, as an inspiration for other Peruvian chefs that have the possibility to go wherever they want with our culture and be successful. So we have a huge responsibility to spread this message to the world. We invest almost all of our time not only cooking, but also talking about our food and our culture to the world. That’s our job.

AS/COA Online: Peruvians take a lot of pride in their gastronomy, and currently there are approximately 80,000 Peruvians studying to be chefs. How do you feel the popularization of Peru’s national food is helping evolve the country’s cultural identity as a whole?

Acurio: I think people in Peru feel that food is helping us make a new, solid, emotional country where we believe in what we are and we know that with our culture, we can seduce, we can conquer hearts, we can go all over the world spreading our flavors, our myth, music, rhythm, and make the world happy. We don’t want to take anything from anybody; we just want to share what we have.

And that gives us, at the same, not only economic opportunities; it gives us the spirit of our amazing country that has always been amazing. But maybe moments in history told us that we had to be what we weren’t; we had to be another culture or we had to buy other cultures and try to hide our feelings.

So right now we know we’re a great culture, and we are universal at the same time. We don’t want to close our country to our feelings, and we want to open our country to all other cultures and be part of the greatest stories in the world. Food is one of the ingredients of that. Peruvian cuisine is helping to unite Peruvians.

AS/COA Online: You’ve partnered on Perú sabe with Ferran Adrià, the famous Catalan chef known for his culinary innovation. Could you talk about your collaboration?

Acurio: Well, Ferran and I, we’re good friends. His food is different from mine because he does what his emotions tell him to do. This prodigious cuisine that he invented and was such a big influence to chefs all over the world, including me, shares with what we do with Peruvian food principles, which is very important. We believe in the same things, we believe in the future, we believe in innovation, we believe in honesty, of course. And we believe that food can be an incredible social tool for change.

And we are now together trying to spread this message to the world, to chefs, to farmers, to customers that food is not only for eating. Food could change lives, could help people, could make people happier—not only the people that are eating in restaurants, but also a lot of people; young people, receiving a good education, getting prepared for life. Food is an important part of your education in life, to have a good life, as opposed to studying things from thousands of years ago, for example.

There are a lot of good things that food could do for the people. And this documentary we did together talks about that, talks about a country that finally used food for all the strong opportunities that food offers. In this documentary, we share with the audience farmers talking about changes to their lives, students, street food vendors, chefs, customers talking about what happened when food touched their lives.

AS/COA Online: Do you feel the Peruvian example can be replicated in other Latin American countries to help develop local cultures and economies?

Acurio: Every country has its own story, of course—its own contradictions, its own opportunities. Our Peruvian case could be an inspiration to start looking at how food could change the situation of any country. In some countries it will be violence, in other countries economic problems, in other countries political problems, but this great space which is food could help find solutions to other problems. So of course I think this is a universal message: the power of food.

AS/COA Online: Are there any other countries in Latin America you find inspiring for their gastronomical culture or you think may be flying under the radar and people aren’t aware of?

Acurio: Every country has its inspiration, always, and its thousands of years of trying to create its own language around what the environment gave them. It’s an opportunity to find flavors, stories, dishes, people, you know? Latin America is so complex, diverse, and fascinating. If you go to Colombia or Venezuela or Brazil or Mexico or Guatemala or Bolivia or Chile or Argentina, all these countries always have something to share with you and inspire you, not only with ingredients, but also with emotions. 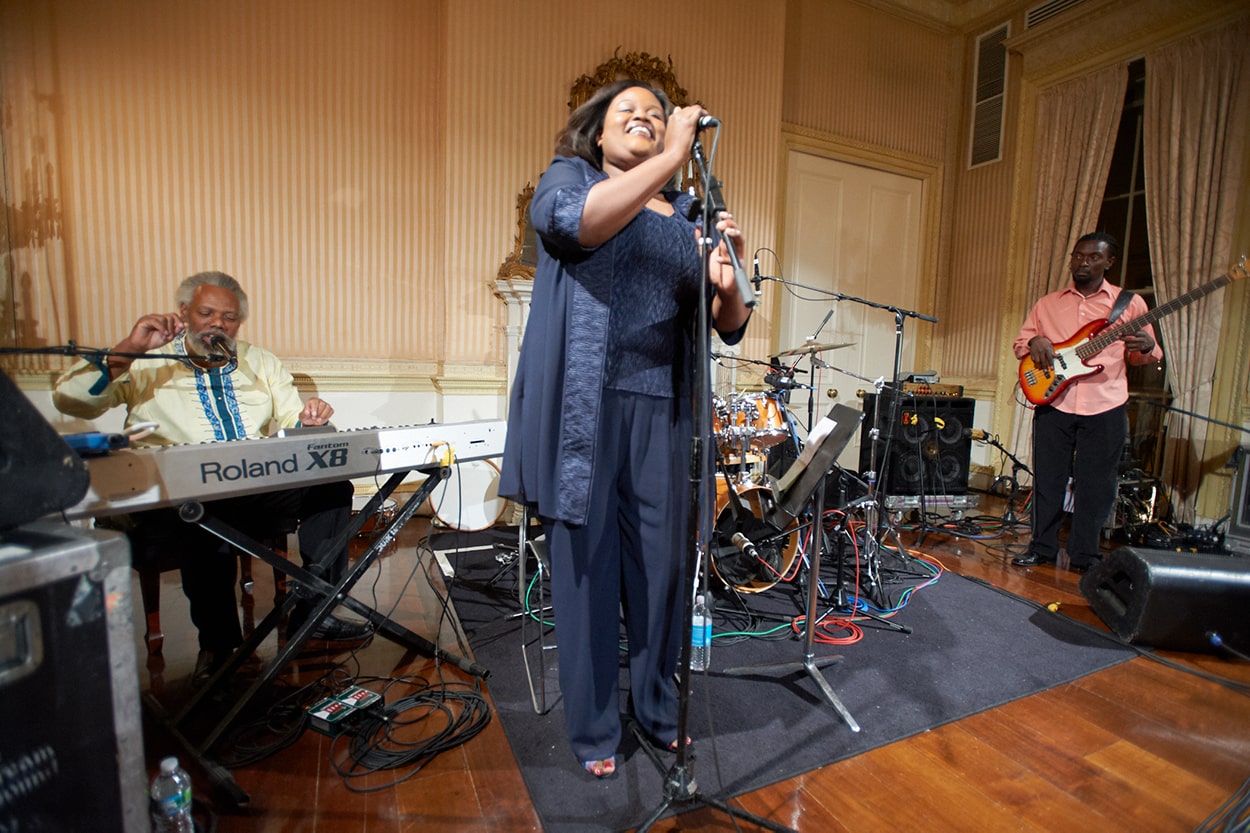 Music of the Americas: Piano, Reggae, and Peruvian Pop

En Casa is back with Leandro Rodríguez Jáuregui and Andrés Wurst, while Recuerdos takes us back to a 2011 reggae concert from Ibo Cooper. 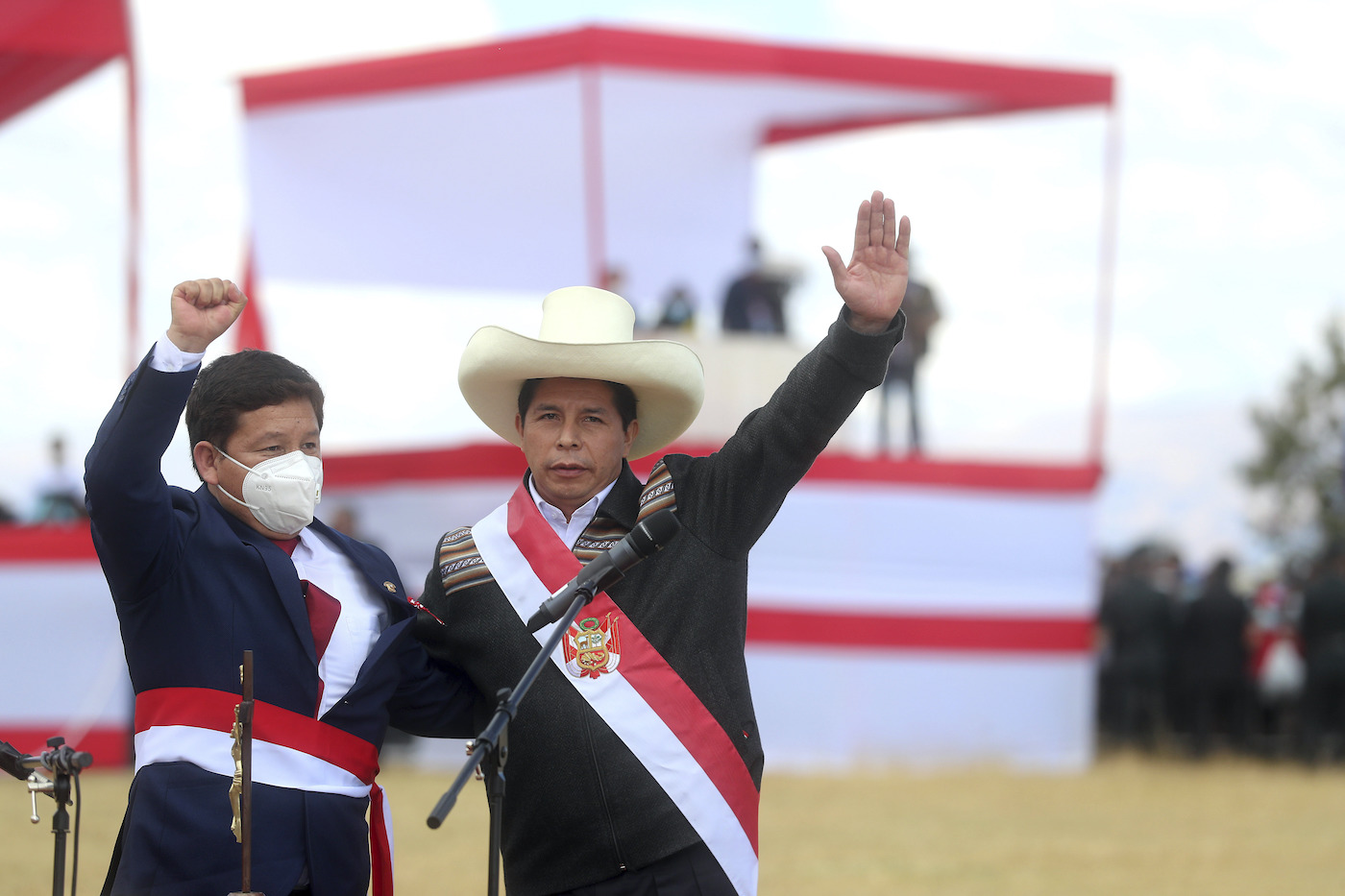 Who's Who in Pedro Castillo's Inaugural Cabinet