How can technology, public-private partnerships, and small farmers change the ways countries produce and sell food? Garcia explained his views in an interview with AS/COA Online.

“If we don’t find a way for farmers to link successfully to markets, to receive fair prices, to have secure transactions, then whatever we do to increase production is not going to really solve the problem.” 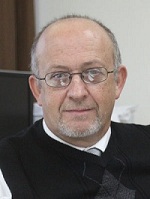 Though Latin America has some of the world’s major agricultural producers, it’s also a vulnerable region in terms of food security. How can technology, public-private partnerships, and small farmers change the ways countries produce and sell food? Dr. Miguel García Winder, the director of agribusiness and trade at the Inter-American Institute for Cooperation on Agriculture (IICA), explained his views in an interview with AS/COA Online’s Rachel Glickhouse. IICA leads hemispheric initiatives on agricultural development and food security, and forms part of the Organization of American States’ Inter-American System. In his work, García focuses on agribusiness development for small and medium producers, as well as food security in rural areas. García discussed the risks and possible solutions for improving food security in Latin America, but warned that because of vast differences within the region, there’s no one-size-fits-all approach.

Dr. Miguel Garcia Winder will speak at AS/COA Miami’s February 11 food security panel. Learn more about the event, which will be webcast live.

AS/COA Online: What is the top threat to food security in Latin America?

But the other threat has to do with social inequalities. Our region is one of the most unequal regions in the world, so poverty is another big threat. If we are not able to close the gap between the richest and the poorest—and I don’t mean by giving things away, but through sound economic policies and social programs—I think food security for at least part of the population will never be achieved.

Nowadays everybody’s convinced that we are facing changes in the weather patterns. I think these changes are going to force us to find ways to produce new products. If we do not address the issue of climate change and how to adapt not only our agricultural but also our business activities, it will be a threat.

Finally, one important threat is the lack of natural resources and biodiversity. Biodiversity, the viability of water, and the amount of soil to produce foods are decreasing every day. So putting these factors together, we see problems with the environment, the socioeconomic structure of countries, and issues with agricultural productivity. I think we need to look at this problem in a very integral manner, where all of us have a small but very important role to play.

But in order to understand the region, I think we need to understand that Latin America is diverse and heterogeneous. For example, if we look at the southern region—Brazil, Argentina, Chile, Paraguay, Bolivia—those countries have huge potential to become major suppliers of food, not only for the region but for the world. They still have land expansion potential, but they have to address issues like quality and transportation. So these countries are facing some problems with natural resources, but they can grow.

When you look at medium-sized countries, like in Central America and some of the Andean countries, the problem is different. During the last 15 or 20 years, these economies have been producing high-value products for export, and to some extent they have not paid a lot of attention to staple production, which is done mainly by small farmers. So it’s a different challenge: how do we bring more farmers normally producing on a limited amount of land into the value chain? How do they improve productivity and get better prices for their products, which are normally corn, rice, and beans?

Then you have a challenge that is particular to Mexico. Mexico is going to be one of the 10 economic powers in the next 20 years, but there is a high degree of poverty. The population has surpassed 110 million, and we have an imbalance between agriculture, social welfare, and population growth. How do we manage to increase productivity? How do we transform some of the land into more productive areas, but reduce poverty levels?

Finally, you have the islands in the Caribbean. By definition, these are net-food-importer countries. There are problems with water, land, and property rights. So I think it’s important that people recognize that Latin America cannot be solved like a square piece of paper; each country and policy is specific.

AS/COA Online: Innovation and technology are key for agriculture. What are some of the local technology-related solutions that you have found or that you know about in Latin America?

García: We are trying to identify technologies that are being used locally by farmers in the region. There are some communities that have been very good with water management, for example, and some communities with success in integrating biodiversity management in coffee and cocoa production. There are some new initiatives to diversify income sources such as agro-tourism, production of food staples, and so on.

But there are also some other types of innovations that are needed: what I would call economic or social innovations. I think it’s relevant to look at what the World Food Program is doing in the region through the Purchase for Progress program. Using the purchasing power that the World Food Program has for staple foods, it has created a project not only in the Americas but throughout the world to help small producers to successfully link to markets. In Mexico, for example, there is a company that is developing a sophisticated process of linking small producers into the supply chain. Walmart has done some of that in Central America.

I think technological and scientific innovations are important. But if we don’t find a way for farmers to link successfully to markets, to receive fair prices, to have secure transactions, then whatever we do to increase production is not going to really solve the problem. We also need institutions that are able to provide continuity for applying these innovations.

One other big "I" that is missing is the “I” for investment. Investment in agriculture needs to come back to rural areas. If we have innovation, institutions, and investment working together, then I think we have a good chance to reach that increase in productivity that is needed.

AS/COA Online: Collaborations between governments and the private sector are another solution for increasing food production. What are some examples of successful partnerships that you’ve seen?

But there are other public-private partnerships that have to do with educating farmers and bringing farmers to markets. A few months ago, we had a meeting with FAO, the IICA, and other organizations in Chile to discuss some of these issues of public-private partnerships. One that has received particular attention in the last year was the agribusiness initiative for agricultural productivity in Mexico. The major businesses got together with the government, defined priorities for seven or eight value chains, and defined how much investment the government and private sector would provide. In fact, at the World Economic Forum this week, this issue of public-private partnerships for agricultural development is going to be discussed.

But it’s important to recognize that food security is not only agriculture. We need public-private partnerships to improve education and health systems, too. This is the way of the future: the private sector collaborating with governments in the provision of public goods. That, I think, is a big challenge.

AS/COA Online:  What are some initiatives you’ve seen that help connect rural farmers to global markets?

García: A few years ago, we started working with a global partnership program through the Global Forum for Agricultural Research. They deal with the issue of bringing small farmers to markets.

One of the things we did was an analysis in five or six regions of the world. We did a consultation in 13 countries with more than 450 participants. We found that Latin America had a very particular situation, and that there were many initiatives in this region. We tried to identify the initiatives that link small farmers to markets and work with market conditions. There were many other programs improving the organizational and entrepreneurial capacities of small farmers. A lot of people are working on how to form better associations and increase the entrepreneurial capacity of small farmers. There are other initiatives that focus on innovation and technology, and there are others that improve credit access, risk mitigation, and agricultural insurance.

We need to start looking at how the markets work, the credit and financial conditions, and whether farmers have the proper technology and agricultural insurance programs. In the case of market conditions, there are a lot of initiatives that look at niche markets. We try to provide Rainforest Alliance-certified coffee that gives better prices to farmers, who comply with certain rules and regulations of production.

We have also identified some concrete examples through a program that we call Linking Small Farmers to Markets in Central America. We have identified 20 or 30 cases that we have shared among different actors. We bring in the producers and the cooperatives or the companies, and they tell us what they did and how they did it so other people can learn.

However, I think the overall impact for the small farmer has been very low. There are isolated examples of success, and many of them are only temporary success. The question is why, and what happened. I don’t think we have a clear answer of what has happened or why it’s happened. We need to work on policy development.  We need to work on building capacity of institutions, on institutional strengthening. Unless we have these institutions and public policies, many of these programs are just going to be temporary successes.