"The Chilean economy is a small economy and we need to look at the world as our main market, and we’ve been doing that for many years, many decades."

The Chilean government has several strategies at hand to protect the economy from financial uncertainties facing Europe, the United States, and China—the South American country’s number one importer. Finance Minister Felipe Larraín spoke with AS/COA Online’s David Gacs about economic relations with China, navigating the currency wars, and preparing for the worst in terms of a global economic scenario.

AS/COA Online: Close to three-quarters of Chile’s GDP comes from trade. What plans does the government have for keeping the Chilean economy’s growth buoyant in the face of unsure economic scenarios, especially in China and the advanced economies?

Minister Felipe Larraín: Well, the first thing is that export is very important. The Chilean economy is a small economy and we need to look at the world as our main market, and we’ve been doing that for many years, many decades.

China is our main trading partner, but we are not so pessimistic about the prospects for China. We see a deceleration but not a full stop or a rough stop for the economy. So that means that probably, if you keep China growing between 7 and 8 percent, that would be enough for us to keep moving and to keep a very important market for us.

So what we have seen in this particular juncture is that because there is a decline in the export pace—yes, we have suffered from a significant reduction in export growth, but investment and consumption are growing at a very solid pace in Chile. In fact it’s investment that’s growing more in our economy. If we keep the country focused and we keep people confident in what we’re doing in that we have responsible policies, they look forward—they look forward and they see that our country will keep growing. The labor market is close to full employment, so consumption is growing at a decent pace. Our macroeconomic situation is solid. And if we are able to keep up with solid public finances, I think that we’ll move ahead.

AS/COA Online: The Chilean peso saw a strong increase in value this year. How will the government keep the currency from appreciating beyond a competitive range?

Larraín: What can we do? First, you’re seeing quantitative easing in the United States in particular, but also in Europe and in Japan, and we’re seeing it in China. Although there is an appreciation of the yuan, the yuan does not move according to market forces.

So we are caught in this currency war, in the QE [quantitative easing] war, with a lot of dollars moving in this economy but also outside, and then chasing assets in the world. What we can do is to maintain a moderate growth in government spending. In that way we don’t put additional pressures on the exchange rate.

So it is a good thing that people want to come to Chile, but we have to be careful that that doesn’t hurt our industry, our economy. We have tried to make more popular hedging instruments, hedging against exchange rate risk. That’s another thing that we’re doing.

AS/COA Online: You’ve spoken in the past about a contingency plan that the government has ready in case global growth rates get to very damaging levels. Would you briefly discuss the three pillars outlined in that plan?

If the world economy would take to the worst, or to a significantly worse scenario than we’re seeing now, we will use economic policies to detect employment investment, the flow of credit, because these are the things that are hurt in a recession. And the credit squeeze is a very important part. In 2009, for example, in Chile, government spending growth was 17 percent in real terms. But in spite of the 17 percent growth, the economy declined by 1 percent because there was a credit squeeze.

We now have stabilization. The Economic Stabilization Council was created in October 2011. We meet once a month at least, the president of the Central Bank; the superintendents of banks, pensions and insurance; and the minister of finance. We meet, analyze the situation, and coordinate policy actions. This is a new scheme that we implemented as part of institution building for the long term, but also part of the contingency, because we say if we have that to face, we better coordinate our actions well. This institution did not exist before. The other thing is we have contributed additional funds to the stabilization fund just in case we need to use it. And that’s what I would say for the moment. If things get worse, we will take some other tools out of the toolbox.

AS/COA Online: The World Bank just released its 2013 Doing Business report and Chile again ranked as the easiest country in Latin America to do business in. However, the overall ranking fell four places. Among the indicators that fell was ease of resolving insolvencies. How does the government hope to make bankruptcy laws more straightforward and less punitive, especially in light of the country’s push for attracting more entrepreneurs and start-ups?

You need to have a way to solve problems expeditiously to protect from your creditors, to give everyone their fair share, and to allow the entrepreneur to start again. And that’s what we’re doing with this bankruptcy law. We’re also helping with a law that attempts to create companies in one day, which is another part of that. 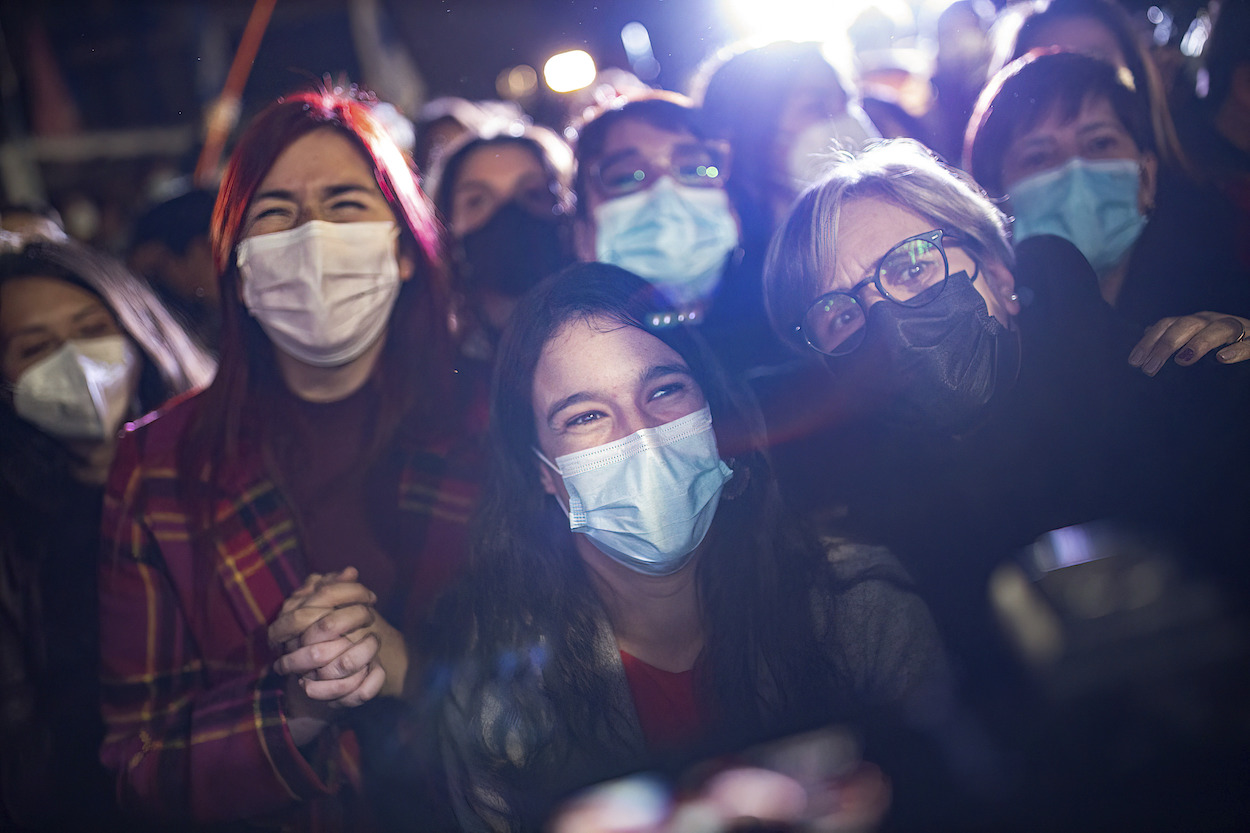 Two young newcomers—Gabriel Boric on the left and Sebastián Sichel on the right—beat out frontrunners to lead their respective coalitions. The presidential vote takes place in November.