“They [the Colombia, Panama, and Peru trade agreements] are a statement about the United States’ long-term commitment to these countries.”

Confirmed as Deputy U.S. Trade Representative on September 29, 2006, Ambassador John Veroneau is a leading figure in U.S. efforts to open markets. His experience at USTR dates back to 2001 and has included posts such as General Counsel and Assistant USTR for Congressional Affairs.  Currently, his principle areas of focus include U.S. trade relations with the Americas as well as with Europe and Eurasia and the Middle East.

AS/COA: The Colombia and Peru Trade Promotion Agreements were both signed last year and negotiations have been concluded with Panama. What do you see as the principal economic benefits for the United States in ratifying each of these agreements? Would a delay in ratification of any of these agreements beyond the possible expiration of trade promotion authority at the end of June have any particular adverse consequences?

Veroneau: I believe these are very strong agreements which will bring significant economic benefits to the United States. Currently, most of the imports from these three countries enter our country duty-free while U.S. exporters face significant tariffs when trying to export our products. These agreements not only

reduce these tariff barriers, they also eliminate many non-tariff barriers, thereby enhancing economic opportunities for U.S. manufacturers.   In fact, on the very first day these agreements enter into force, nearly eighty percent of U.S. exports of consumer and industrial products to Peru and Colombia, and nearly ninety percent for Panama, will be able to enter these markets duty-free. Remaining tariffs will be eliminated over the next ten years.

These are also solid agreements for U.S. agriculture.  Upon entry into force of the U.S.-Peru agreement, more than two-thirds of U.S. farm exports to Peru will immediately become duty-free, and the tariffs remaining will be eliminated gradually within 17 years. U.S. farm exports to Colombia that will receive immediate duty-free treatment upon entry into force of the U.S.-Colombia agreement include high quality beef, cotton, wheat, soybeans, and soybean meal; key fruits and vegetables including apples, pears, peaches, and cherries; and many processed food products including frozen french fries and cookies. And finally, more than half of U.S. farm exports to Panama will receive immediate duty-free treatment once the U.S.-Panama agreement enters into force, with remaining tariffs eliminated within fifteen years. In addition, through these agreements we will be able to eliminate many unjustified sanitary and phyto-sanitary barriers to U.S. agriculture exports.

These agreements also provide new market opportunities for U.S. service providers which will benefit U.S. providers of services such as express delivery,  transportation, energy, construction and environmental services, just to name a few.  They also include comprehensive and strong intellectual property rights protections, and provide stronger enforcement against infringements of intellectual property.

These agreements establish a solid framework of rules in which business can operate, by requiring a high level of transparency across the broad spectrum of matters covered by them. For example, the agreements will require each country to have a clear and transparent customs regime. That means prompt publication of customs measures, opportunity for public comment before changing the rules, written advance rulings on customs classifications upon request, and prompt and expeditious clearances of express shipments. These new rules reduce opportunities for arbitrary and unpredictable decision making, providing a clear benefit to U.S. exporters.

These agreements will help attract investment into Peru, Colombia and Panama, create new jobs, and enhance economic growth. Moreover, they are a statement about the United States’ long-term commitment to these countries.   We are working very hard so that these agreements will be approved by the U.S. Congress by early summer.

AS/COA: Questions have arisen as to how labor standards are treated in the Colombia, Panama, and Peru agreements. How would worker protections be strengthened? To what extent would these trade deals enforce International Labor Organization standards?

Veroneau: We encourage all of our trading partners to adopt and enforce labor laws that are consistent with internationally recognized labor rights. The Administration makes it clear to all countries interested in trade negotiations with the United States that they must make adherence to those rights a priority. Through this process we have been successful in convincing our prospective free trade partners to strengthen labor laws and protections for workers.

The trade agreements that we negotiate provide a number of tools to make progress on worker rights, tools that are more effective than our existing trade preference programs. They offer a better enforcement mechanism. The only choice under our trade preference programs is to withdraw trade benefits, which could harm the very workers whose rights we are trying to protect. The agreements offer a more constructive way to solve labor problems, with a formal consultation mechanism, fines and capacity-building assistance. Under the agreements, if a country is found to not adequately enforce its labor laws, the government must pay a fine, which can be substantial for a developing country, until the situation is remedied. Trade sanctions can be used as a last resort. Funds collected from the fines are to be spent on initiatives aimed at improving enforcement of labor laws in that country.

That said, Ambassador Schwab is committed to working with Members of Congress – both Republican and Democrat – to build broad bipartisan support for our free-trade agreements, including discussing concerns regarding labor issues. I am confident that we will find common ground on the trade-related labor issues, with a view to advancing the economic and foreign policy interests of the United States and do so in a way that would be acceptable to our trading partners.

AS/COA: Originally conceived as an alternative means to achieve a Free Trade Area of the Americas, the negotiation of sub-regional agreements has opened markets but it has also complicated broader investment and sourcing decisions, especially as countries negotiate preferential arrangements with each other. What are the prospects for consolidation of existing trade agreements to simplify commercial activities in the hemisphere?

Veroneau: As you note, the FTAA represents the Administration’s vision for a prosperous and democratic Western Hemisphere one where open markets, integration into the world community, good governance, respect for the rule of law and the transformative power of freedom deliver growth and opportunity for all peoples of the Americas.  We remain committed to this vision.  At the same time, we are seeking ways to capitalize on concluded and pending free-trade agreements and sub-regional agreements by removing remaining obstacles to trade and investment, further linking free trade with development assistance, and encouraging and enabling the private sector to take full advantage of open markets.

These thoughts are at a preliminary stage.  We look forward to working to enable the private sector to take full advantage of existing free-trade agreements. In particular, we would like to discuss with organizations such as AS/COA, where you might see opportunities to better facilitate trade.  We understand that there is interest in addressing issues such as regulatory barriers.  I would like to invite AS/COA and its members to provide us with ideas on how we can simplify commercial activities in the hemisphere.

AS/COA: Asia looms increasingly large in Latin America, and certain Latin free trade partners of the United States like Chile and Mexico are taking concrete steps to link their economies more closely with Asia. How do you see the Asia-Latin America trade relationship developing?

Veroneau: We seek deepening trans-Pacific ties and are looking to further promote regional economic integration in APEC, with an eye to establishing a Free Trade Area of the Asia-Pacific (FTAAP) as a long-term prospect.   The United States will be working this year with the other APEC economies, which include Canada, Chile, Peru, and Mexico, in developing initiatives to take APEC in this direction.

AS/COA: Brazil remains a significant potential market for the U.S. business community, just as the U.S. remains a significant potential market for Brazil. Pending movement on a formal free-trade agreement, what are the prospects for new avenues of bilateral trade promotion, for example in areas such as ethanol, biofuels and technology development?

Veroneau: First, let me note that two-way trade between the United States and Brazil continues to grow at a robust rate, more than 10 percent in 2005.   There has been a lot of discussion recently about biofuels including ethanol and how we can work with Brazil to advance cooperation in this area. Of course, this makes sense.  The U.S. and Brazil are the two largest producers of ethanol in the world, representing more than 70 percent of global production and consumption.  Brazil has recently proposed expanding biofuels cooperation with the United States.

Cooperation between the United States and Brazil on biofuels is an interesting development that holds the promise of increasing energy security for countries throughout the hemisphere.  As the process evolves, we will see if it leads to further deepening of other aspects of the trade relationship. 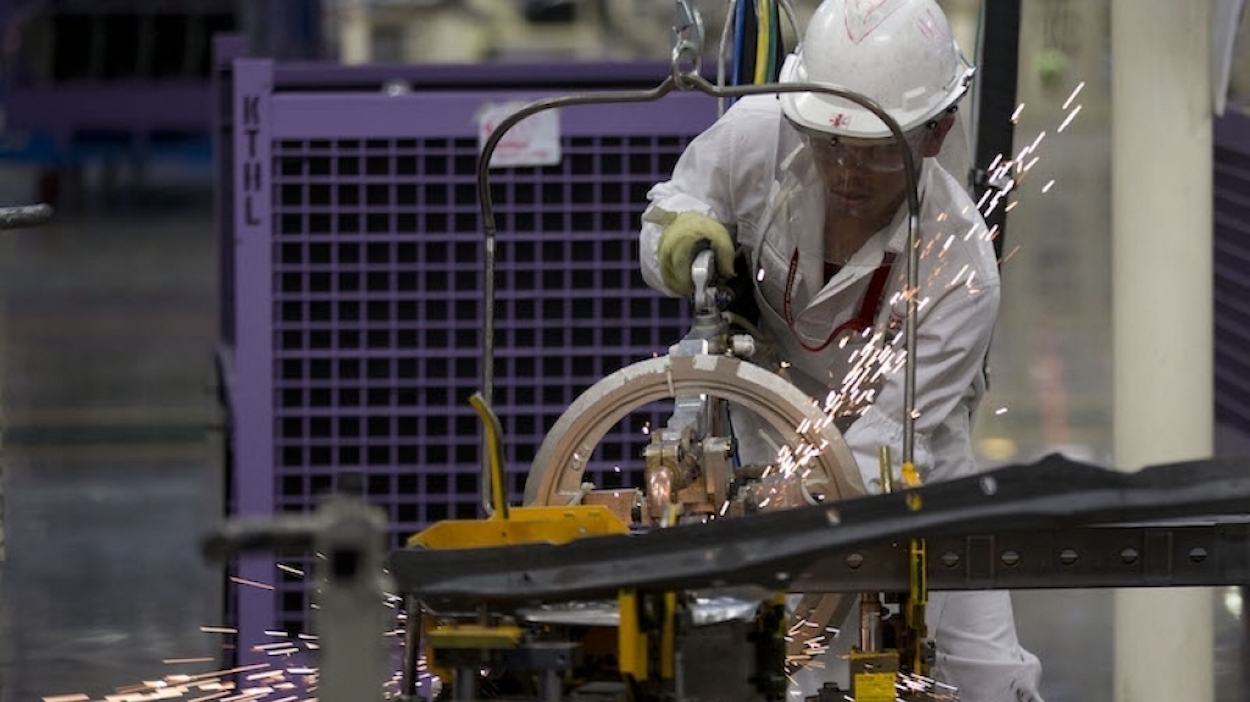