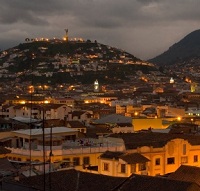 In both Ecuador and Bolivia, the rhetoric of political inclusion is crashing into the politics of identity and collective rights. Both Ecuadorian President Rafael Correa and Bolivian President Evo Morales and their broad, heterogeneous movements rode to power by tapping popular frustration over social and political exclusion and discrimination. Their electoral arrival came in the wake of the collapse of traditional party systems that for decades had survived with a near monopoly of power, sustained through closed deal-making and the effective disenfranchisement of vast segments of the population.

Now, though, both presidents are confronting a grassroots backlash by the very particularistic groups that they claim to represent. It is as much a story of the genie they uncorked, as an example of challenges of governing nationally in an era of competing rights and identities and escalating demands. The outcome will test not only the fate and intentions of both governments--but also the future of the Andean region and the viability of those nation-states.

Since being re-elected in 2009 under a new constitution, President Correa has clashed repeatedly with indigenous organizations in Ecuador. Ironically many of those same groups celebrated the 2008 plurinational constitution inspired by the President as the most significant achievement for inclusion in Ecuador's history.

According to the 2001 census, close to seven percent of the Ecuadorian population identified itself as indigenous. And many are increasingly self-defining as individual nationalities, with identities often tied to specific territories inside Ecuador. Since the early 1990s, the indigenous civil society organization Confederation of Indigenous Nationalities of Ecuador (CONAIE) and the indigenous party Pachacutik have claimed to speak almost exclusively on behalf of all those indigenous nationalities and ethnicities. Their participation, much like their history, has tended to be outside the system. While Pachacutik, for example, has had representatives in the national congress, it has tended to act as a spoiler rather than a loyal opposition. Pachakutik has contributed to the downfall of three governments - President Bucaram in 1997, President Mahuad in 2000, and President Gutiérrez in 2005 - when their presidents have failed to meet the indigenous group's demands.

Now it's President Correa's turn to meet the wrath of the traditional indigenous groups that have felt spurned by yet another government. This time, though, President Correa has responded with bluster, threats and at times an iron fist; over 190 indigenous leaders are currently under investigation for government charges of terrorism and sabotage. The clash is challenging the visions of both sides. On the one side is a notoriously vitriolic, autocratic President who has not only threatened indigenous groups but also launched judicial proceedings against a journalist from El Universo and three of its board members for the publication of an opinion piece that questioned his handling of a police uprising (and potential coup attempt) a year ago.

But the organized indigenous class has always been a gadfly that has too often led to the extra-institutional change of power. In large part, this has stemmed from the excessively limited and intransigent demands of indigenous movements. Most of these can be defined as collective rights: the community ownership over traditional lands; the right to be consulted and have a vote on national decisions that affect their lands or what may lie beneath them; and their right to "vivir bien" - the vague demand that they should enjoy a better life.

Skip now to Bolivia where the conflict today is between President Morales and a small indigenous group that lives in a protected national preserve through which the national government, with majority funding from the Brazilian development bank, wants to place a transoceanic highway. The local indigenous groups in the territory, the Territoria Indígena y Parque Nacional Isiboro Sécure (TIPNIS), claim that they were not properly consulted and that the proposed highway will plow through their ancestral lands - violating their collective property rights.

The Morales government has responded with indignation, asserting its right to establish national policy and claiming that the anti-highway protestors are tools of the U.S. government sent to undermine President Morales.

The same claim, by the way, is being made by President Correa in his battles with many indigenous leaders. Despite the lack of substantive evidence of a plot in either case, neither of these groups would ever be an easy ally of the United States. Truth be told, these groups' traditional demands of collective control over their lands and their rejection (in many cases) of capitalism and international investment, harkens back to an ill-defined, glorified past that remains at odds with many elements of modern economic development and globalization.

In both Ecuador and Bolivia, many of these groups have remained focused on a narrow policy agenda of land rights and state recognition of diversity and anti-discrimination. The latter two issues are understandable given the repression and exclusion of indigenous groups for centuries. But they do not translate into a social agenda for populations that according to a number of sources still suffer from some of the highest rates of malnutrition and infant mortality and some of the lowest rates of literacy and educational access in the hemisphere.

None of this excuses the heavy-handed reactions of the Ecuadorian and Bolivian governments in their responses to these groups. In both countries, the government reaction has been the exaggerated one of indignation against a defector.

But the dilemma of both governments points to serious challenges to the countries they govern and to the region today.

The future of the very real gains in political representation and social inclusion rests on the capacity of these new groups and governments to address and adapt long-festering demands within the constraints of modern politics and economics. On one side, a polarizing Manichean policy of painting those demands as subversive and on the other, intransigence and inflexibility will undermine the very real advances that have been made and a fragile balance.

Christopher Sabatini is the senior director of policy at the Americas Society and Council of the Americas (AS/COA) and founder and editor-in-chief of the hemispheric policy magazine Americas Quarterly (AQ).

While wealthy residents shelter in place, many of those living on the edge of the region's biggest cities face impossible choices.