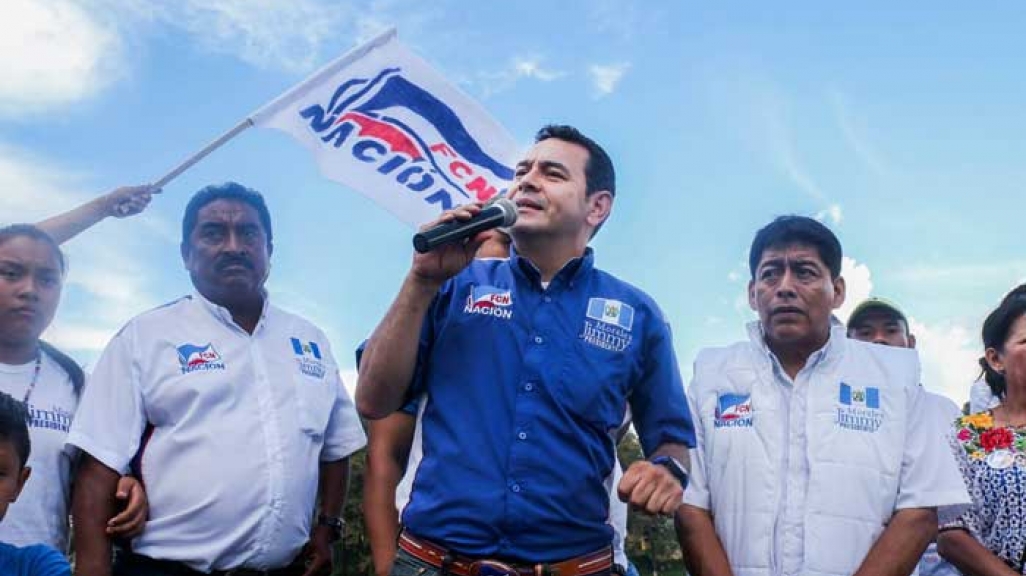 The ex-comedian and political outsider beat a former first lady by 35 points in the October 25 runoff, but he'll face a divided Congress.

In Guatemala, the polls didn’t lie: ex-comedian Jimmy Morales beat former First Lady Sandra Torres by a whopping 34.8 points in the October 25 runoff election. With all the votes counted, Morales held 67.4 percent compared to 32.6 percent for his rival.

The fact that voters handed such an enormous victory to a candidate with almost no political experience demonstrated their discontent with the status quo. It’s little wonder in a country that one month ago saw President Otto Pérez Molina step down over a corruption scandal and where the former vice president and central bank head also sit behind bars for graft.  Morales’ campaign saw an opportunity there and he ran—and garnered a surprise win during the first round on September 6—under the slogan “neither corrupt, nor a thief.”

In a brief victory message last night, Morales said that voters had given him a mandate “to fight against the corruption that has eaten away at us.”

But low voter turnout shows Morales may not have the mandate his big win over Torres seems to signal. Only 56 percent of Guatemala’s 7.6 million voters participated, compared to 61 percent in the 2011 runoff vote that Pérez Molina won. Not only that, but Morales faces a splintered Congress where his party, the National Convergence Front (FCN-Nación) will only hold 11 of 158 seats, presenting a challenge to building a reform agenda. Torres’ party, the center-left National Union of Hope, with 33 seats, won’t hold a majority either. Instead, the party with the most legislators will be the Renewed Democratic Liberty party, which at one time seemed on the road to snatch up the presidency until Manuel Baldizón, one-time frontrunner, finished third in the first round of elections and subsequently left the party.

As much as Morales relied heavily on his brand as a political newcomer to win, former military leaders linked to war crimes in Guatemala’s brutal war are among FCN-Nación’s founders. Moreover, the Guatemalan public, many of whom took to the streets over the summer to demand an investigation into Pérez Molina’s corruption links, may well keep an eye on their next president’s actions.

For his part, Morales said the UN-backed International Commission against Impunity in Guatemala, better known as CICIG, should remain in Guatemala for at least six more years. The agency played an instrumental part in the investigation and arrest of Pérez Molina.

Morales will take office in January 2016.