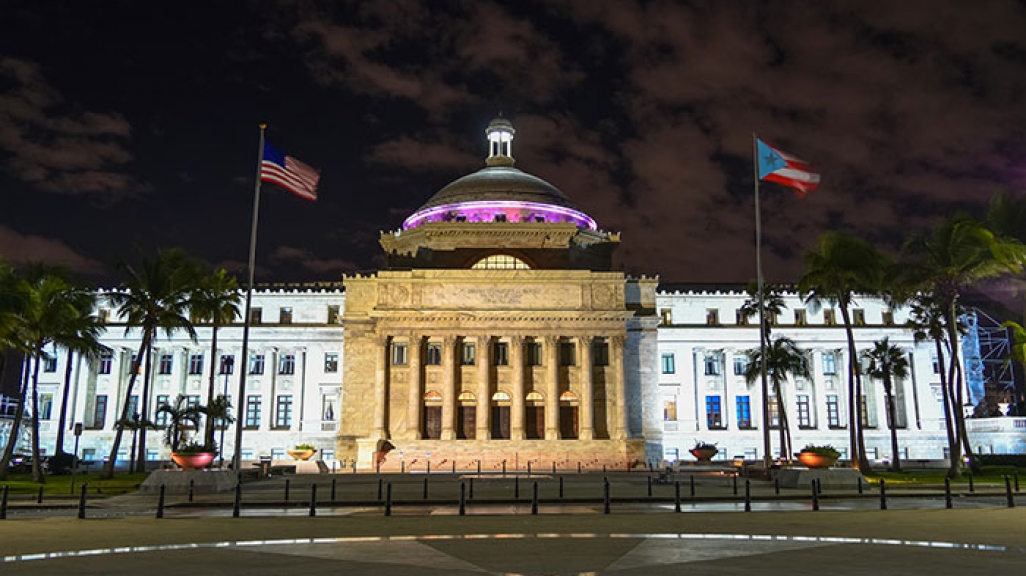 The island’s government made a new proposal to creditors and awaits a U.S. Supreme Court decision as it tries to tackle $72 billion in debt.

Puerto Rico faces an unprecedented crisis of $72 billion in debt, which Governor Alejandro García Padilla classified as “unpayable.” The island commonwealth’s debt rose every year since 2000, says a 2015 government-commissioned report, and its debt burden now represents more than its GDP. “Let us be clear: We have no cash left,” said García Padilla in December during a Senate hearing. “This is a distress call from a ship of 3.5 million American citizens that have been lost at sea.”

One-third of the Puerto Rican government’s annual revenues now go toward debt payment. But unlike U.S. states or cities, Puerto Rico—a U.S. territory—can’t declare bankruptcy, nor fully restructure its debt without congressional approval. And last year, for the first time, Puerto Rico defaulted on its debt.

On January 29, negotiators presented a new proposal to creditors of the island’s power authority as they wait for congressional action and, come summer, a decision from the U.S. Supreme Court on restructuring the island’s debt.

December 1, 2015 – The Puerto Rican government makes a $355-million bond payment, but warns of another default.

December 4, 2015 – The U.S. Supreme Court announces it will hear the island’s case, which would allow Puerto Rico to restructure part of its debt.

January 4, 2016 – Puerto Rico defaults on $174 million in debt payments on bonds. However, the territory manages to pay off its $328-million general obligation debt, guaranteed by the island’s Constitution. It cobbles together the funds through borrowing from state insurance companies and workers’ compensation funds, delaying payments to service providers, and postponing tax refunds.

January 18, 2016 – Officials say the island expects a $23.9-billion shortfall to repay principal and interest over the next 10 years.

January 23, 2016 – A debt deal falls apart after Puerto Rican legislators miss a deadline to vote on legislation that was part of the accord. The power utility also does not reach an agreement on an extension with its creditors.

January 29, 2016 – The government presents a new proposal to creditors.

February 16, 2016 – Government negotiators and creditors set this deadline for the island’s legislature to pass a restructuring plan for the Puerto Rican power authority’s debt.

May 2016 – Bondholders await a $422-million payment from the island’s Government Development Bank.

June 2016 – The U.S. Supreme Court’s decision on allowing Puerto Rico to restructure its debt is expected.

July 1, 2016 – The commonwealth owes $2 billion in principal and interest payments.

How did the crisis reach this point?

Puerto Rico’s economy is experiencing a decade-long decline, with the economy shrinking by 10 percent and poverty rising to 45 percent through 2015. The recession led to an exodus to the continental United States: 300,000 left in the last 10 years. That means the government increasingly relies on fewer taxpayers with lower incomes. The government tried belt-tightening, including raising taxes (the sales tax went from 7 to 11.5 percent), laying off 30,000 government workers, and pension reforms. But debt continued to go up.

In order to finance public spending, Puerto Rico received loans via tax-exempt municipal bonds, many held by middle-class U.S. investors and mutual funds. The island now has 15 times the median bond debt of the 50 U.S. states. Since 2013, the island began losing access to municipal markets as debt increased, and the government had to sell assets instead. Within the last year, the government could no longer get new bonds even for short-term financing. Now, the debt largely belongs to U.S. financial institutions.

In 2014, hedge funds bought more than $3 billion in general obligation bonds—which Puerto Rico is constitutionally required to repay—giving the government the funding it needed to stay afloat. But since the money ran out, hedge funds are working to block efforts to allow Puerto Rico to declare bankruptcy or restructure its debt. Instead of defaulting, hedge funds want the territory to cut public spending—especially on education—and to increase tax collection.

How has the U.S. government responded?

In June 2014, Puerto Rico’s governor signed a law that would allow the commonwealth to restructure its debt. But in February 2015, a federal judge struck it down as unconstitutional. The U.S. Supreme Court will rule this summer as to whether the island can restructure its debt.

In February 2015, Puerto Rico congressional delegate Pedro Pierluisi introduced legislation to allow the island to file for bankruptcy protection. Though the bill has 37 co-sponsors, it’s stuck in subcommittee, while a Senate version of the bill failed last month.

In October, the Obama administration issued a proposal that would allow the island to restructure all of its bond debt. It would also have to impose new finance rules and would expand Medicare benefits and low-income tax credits to island residents.

The U.S. Congress has yet to act on the crisis. Republicans object to the administration’s proposal because of concerns that states with high debt burdens could follow suit. Still, House Speaker Paul Ryan (R-WI) promised the governor the legislature would take action by late March. In December 2015, House Minority Leader Nancy Pelosi (D-CA) introduced the Puerto Rico Emergency Financial Stability Act, which would have protected Puerto Rico from lawsuits from creditors until Congress takes further action. But House Republicans blocked the bill. Plus, efforts to give the island restructuring powers in a year-end spending bill failed.

What’s happening as a result of the debt crisis?

Last month, unpaid gas suppliers warned they’d stop providing service to the government, which would have put ambulances and social worker vehicles out of service. After partial payments, the government kept the vehicles running. Food suppliers nearly halted services to prisons; a similar solution was reached. Other painful cuts are taking place, such as San Juan buses slashing routes to save cash. And in order to cover debt payments, the government stopped paying federal tax refunds to island residents.

If the government can’t restructure its debt, it may have to carry out more public employee layoffs, including of police, firefighters, and doctors. The governor warned that it could become a “humanitarian crisis.” 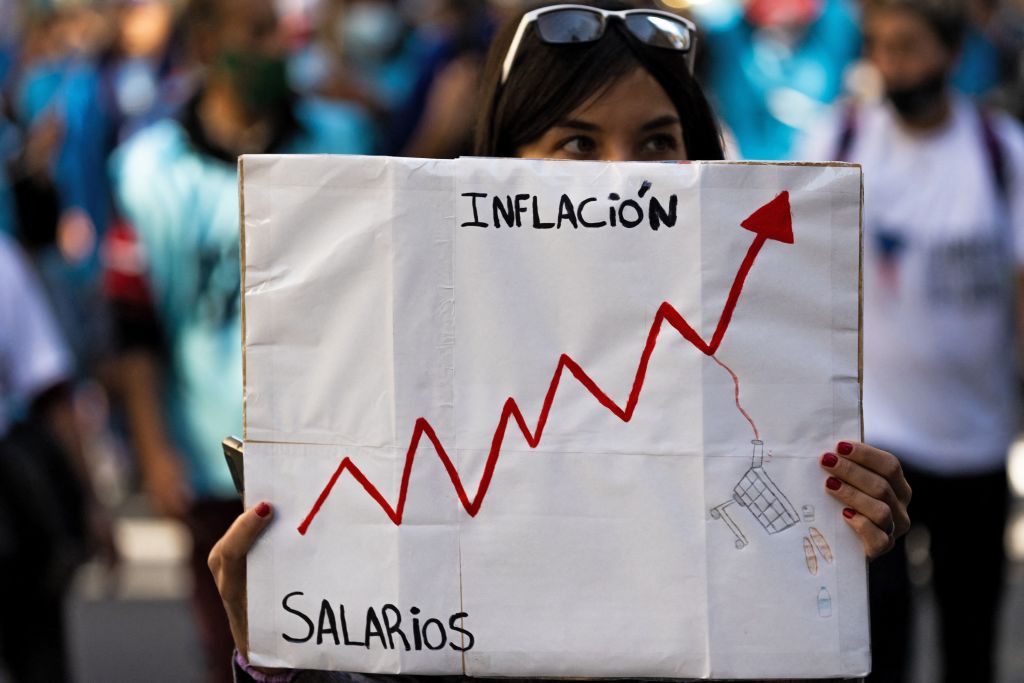 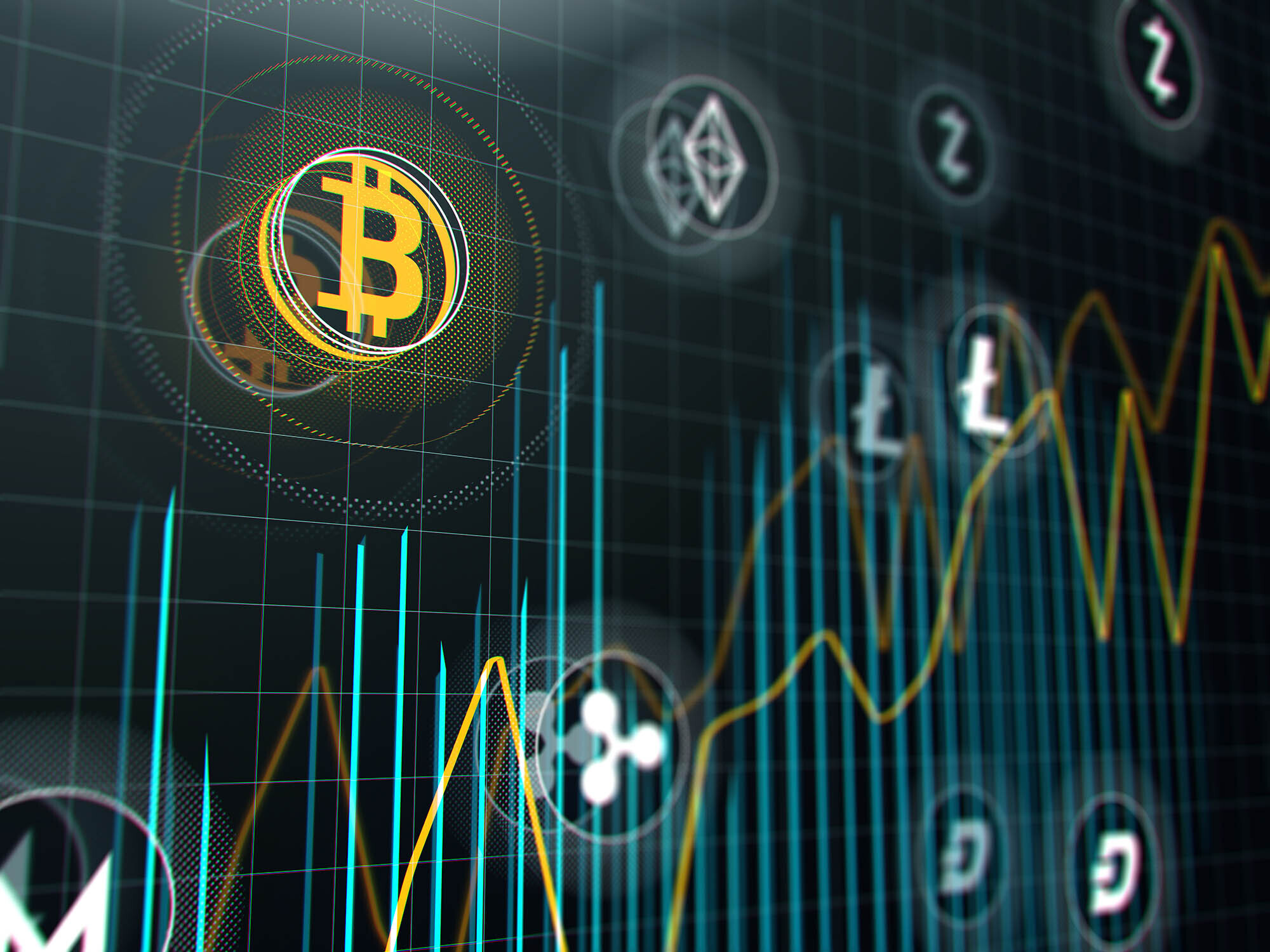