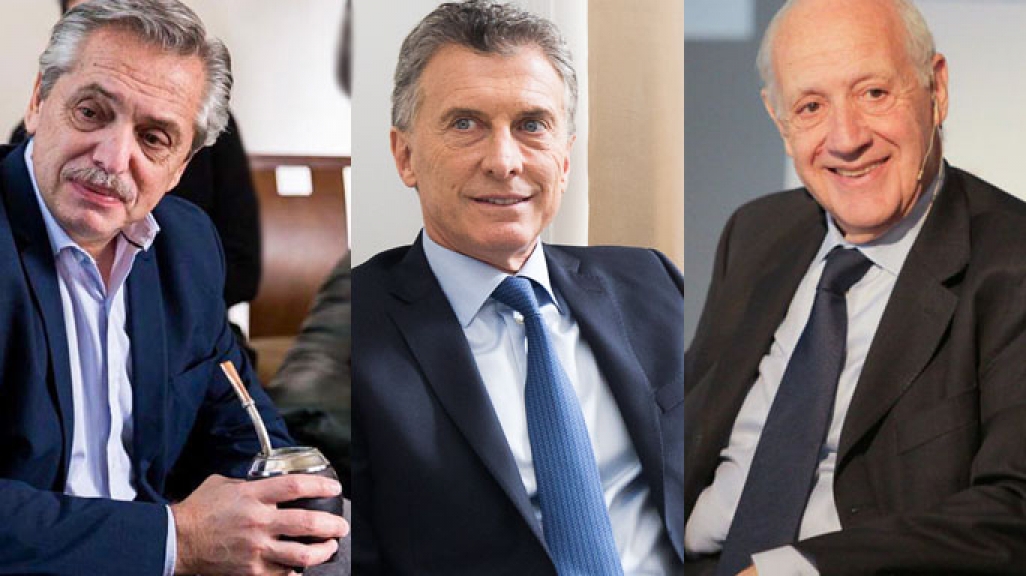 How is President Macri polling? And with whom is ex-President Fernández de Kirchner sharing the electoral ticket? AS/COA Online takes a look.

After much speculation over who would be on the official ballots, Argentina’s 2019 election cycle is moving forward, with the deadlines for candidate and party alliance registration closed and the candidate lists published on June 24. Overall, nine tickets are in the race. AS/COA Online profiles the frontrunners and those who may have the greatest impact on the outcome.

How the elections work

On August 11, Argentines vote in primaries known as the Open, Simultaneous, and Obligatory Primaries (PASO), where candidates for the different parties who receive more than 1.5 percent of the vote will make it on the ballot for the general election on October 27.

Argentina’s electoral system dictates that, to avoid a runoff, candidates need to win either 45 percent of votes or 40 percent with 10 points over the runner-up in the first round. Otherwise, the top two candidates will face each other in a second round on November 24. Presidents may run for consecutive reelection once, then must sit out one four-year term before qualifying to run again.

The next president will be inaugurated on December 10, 2019.

Mauricio Macri and Miguel Ángel Pichetto, Together for Change: President Mauricio Macri announced in June that centrist Peronist Senator Miguel Ángel Pichetto would be his running mate for the Let’s Change coalition, made up of the Civic Coalition, Radical Civic Union (UCR), and Republican Proposal parties. Macri, a former Buenos Aires mayor elected president in 2015, hopes to expand his government’s reach by adding a Peronist branch—a strategic play following pressure, particularly from its UCR ally, to broaden its base. After joining forces with Pichetto, who was president of the Senate’s majority Peronist Justicialist Party caucus since 2002, the Let’s Change coalition rebranded as Together for Change.

Already, Macri got a boost from the decision: the ailing Argentine peso jumped on the Pichetto announcement with a sense that the president had improved his reelection chances. Argentina was eager for some good economic news, given the contraction of the economy by 2.5 percent and inflation that hit 48 percent in 2018. The OECD anticipates that inflation rate will slow, but still reach 34 percent this year. Macri’s main supporters are business-friendly voters, the agricultural sector, and those of the middle-lower class benefiting from social and public works spending, reports Americas Quarterly.

Alberto Fernández and Cristina Fernández de Kirchner, Everyone’s Front: Even with the Pichetto-related boost, Macri polls second with 33.5 percent according to a June poll by Federico González y Asociados. Instead, the frontrunner spot goes to a ticket that includes an ex-president. Cristina Fernández de Kirchner, who served as both a senator and first lady prior to being president from 2007 to 2015, surprised many when in May she announced that she would run for vice president alongside her former Cabinet Chief Alberto Fernández, the Peronist coalition candidate.

Kirchner, previously rumored to be seeking the top seat again, has faced several corruption charges, including accusations of bribery involving public works contracts during her late husband Néstor Kirchner’s and her own presidencies. She also stands accused of money laundering. As a senator, however, Kirchner has immunity, preventing detention but not investigation or trial.

Some argue that the decision to select Fernández, a lawyer and long-time strategist for Argentine presidents such as the Kirchners, as the candidate is a move of Kirchner’s design to appease moderates and create a favorable alliance. Fernández’s less polarizing persona may help him attract Peronist votes from those reluctant to vote Kirchner into office again. This ticket polls ahead with 41.6 percent of intended votes for the primaries.

Roberto Lavagna and Juan Manuel Urtubey, Federal Consensus: In what is perhaps the most divisive presidential election in the country’s history, former Economy Minister Roberto Lavagna declared himself a “consensus” candidate. Juan Manuel Urtubey, governor of the province of Salta, will be his running mate. Their ticket with the Federal Consensus party is allied with non-Kirchnerist Peronists.

Lavagna oversaw the rebuilding of the Argentine economy after the 2001 default during the government transition between Presidents Eduardo Duhalde and Néstor Kirchner. Along with Urtubey, who for some time suggested he might run for president himself, they propose a simultaneous overhaul of subsidies and taxes, to renew “the central marriage of the economy—that of consumption and investment.” Their ticket polls third for the primaries at 8.8 percent.

Who else is on the ballot?

Six other candidates are in the running and, while it’s doubtful any could make it to a runoff, some of them are garnering enough support to have an impact on the race.

On the right, economist José Luis Espert and journalist Luis Rosales are running for president and vice president, respectively, on the Awakening Front ticket and are polling in fourth place at 6.5 percent of votes for the primaries. Espert, a well-known political commentator, is seeking to appeal to those disappointed with Macri’s government, and in particular has support from young voters. Espert almost didn’t make it on the primary ballot at all, given that Pichetto poached his party’s leader Alberto Assef into the Together for Change coalition. Without an official party stamp, Espert was left scrambling at the eleventh hour to join the Unite party and become the Awakening Front coalition’s candidate.

In sixth place is Juan José Gómez Centurión, a former military man who headed the Customs Administration Office, with running mate Cynthia Hotton, an evangelical and former deputy from 2007 to 2011. These candidates for the conservative Nos Front party poll at 2.1 percent for the primaries.

On the left, presidential candidate Nicolás del Caño and vice-presidential candidate Romina del Plá represent a coalition of leftist and workers’ parties known as the Worker’s Left Front–Unity. The second leftist pairing involves candidates Manuela Castañeira and Eduardo Mulhall on behalf of the New Movement to Socialism party. Castañeira, who polls with minimal support, is the first woman candidate for her party, the sole female presidential candidate, and—at 34—the youngest person running for president. Should these candidates get eliminated in one of the upcoming election rounds, their backers would likely support Fernández and Kirchner.

Also in the running are former Governor of Corrientes José Antonio ‘Pocho’ Romero Feris with running-mate Guillermo Sueldo for the National Autonomist Party, and Alejandro Biondini with Enrique Venturino as his vice-presidential candidate for the Patriotic Front.

What the polls say

June polls show the Fernández-Kirchner ticket in the lead ahead of the PASO round, though the percentage difference with the Macri ticket does not guarantee a first-round victory. In the case of a runoff, a June Synopsis poll puts Macri and Fernández within a half a percentage point of each other.