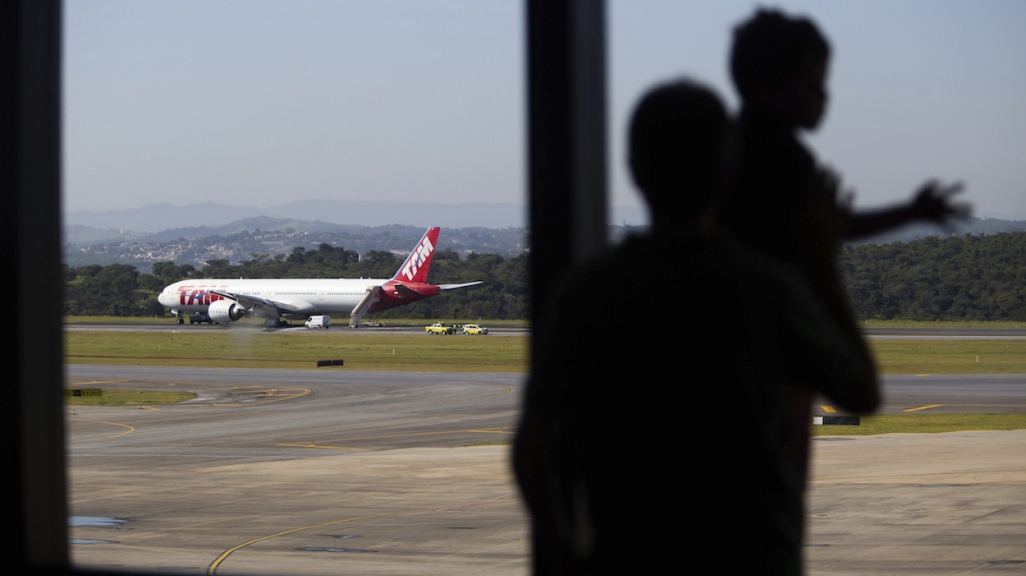 By Rachel Glickhouse and Nicki Fleischner

Changes in administration can affect tourist visa policies in the United States and abroad. Where do Latin American countries currently stand?

Policy shifts can have an impact on tourist visa policies, both for foreigners looking to come to the United States and Americans hoping to travel abroad. For example, in 2017, U.S. President Donald Trump announced changes to Cuba visa requirements, three years after then-presidents Barack Obama and Raúl Castro made it easier for U.S. tourists to travel to the island.

Several countries in Latin America already have visa requirements in place, or charge entry and exit fees on par with U.S. tourist visas for Latin Americans. This is often a result of a reciprocal policy with the United States, which charges a non-refundable $160 fee for tourist visa applications.

Only one country in the region is a member of the U.S. Visa Waiver Program: Chile. The program went into effect in March 2014, allowing Chileans to enter the United States for up to 90 days without a visa. Argentina and Uruguay used to be part of the waiver program, but were later removed. Argentina came off the list in 2002 in the wake of the country’s economic crisis, which the U.S. government saw as an incentive for visitors to stay in the United States; Uruguay was taken off in 2003 due to high overstay rates.

It’s recommended that a U.S. citizen have at least six months validity on their passport for the duration of their trip, since many airlines will require that before allowing a traveler to board a flight, regardless of the destination country’s specific requirements.

Which countries require visas for U.S. citizens, and which charge hefty reciprocity fees? Find out below.

Americans must obtain a visa to enter the country. They need to apply for a visa prior to travel at Bolivia's five consulates in the United States but, in some circumstances, can get one at the country’s international airports and land-border crossings. Visas cost $160 and are valid for 10 years for stays of up to 90 days per year. Those applying for a visa at a consulate must also provide similar documents required of Bolivians entering the United States: an application and photo, proof of a round-trip plane ticket, a copy of a hotel reservation or invitation letter, and a bank statement. The country also charges a $24 exit tax at international airports.

Though Americans benefited from a visa waiver policy between June and September 2016 when the country hosted the Summer Olympics, Brazil has returned to its reciprocity policy, requiring U.S. citizens to obtain a tourist visa from a Brazilian embassy or consulate before entering the country. Americans must fill out an application, provide a photo, proof of travel, and residence, as well as pay a $160 processing fee. Tourist visas are valid for 10 years for stays of up to 90 days a year. In January 2019, President Jair Bolsonaro announced that his administration would loosen visa requirements for U.S. citizens, but no legislation had been introduced as of March 2019.

Americans can travel to Chile without a visa for up to 90 days.

Americans do not need a visa for stays of up to 90 days, though foreign visitors who stay for more than 60 days must pay a departure airport fee of $38.

Americans do not need a visa to travel here for up to 90 days, but must show proof of return or onward travel. Visitors must pay an exit tax of $29, a fee that is typically added to the price of airfare.

Though visa-less tourist travel to Cuba for Americans is prohibited under U.S. law, the U.S. Department of Treasury’s Office of Foreign Assets is able to approve trips that fall under one of 12 different categories of travel or grant a special license on a case-by-case basis. In November 2017, the Trump administration presented a list of travel-related rules, advising U.S. citizens to avoid doing business with certain hotels, stores, and businesses “tied to the Cuban military, intelligence or security services or personnel.” The U.S. State Department expanded the Cuba Restricted List on March 11, 2019.

The Trump administration restricted the popular “People to People” visa option for nonacademic educational travel. That said, individual travelers can still visit the country on their own using the “Support of the Cuban people” visa category, which encourages visitors to engage with local activities as simple as staying in a private residence (casa particular) or dining in a privately owned restaurant (paladar). Those interested in traveling to Cuba are encouraged to contact the Cuban embassy to determine which license is appropriate for them. As of May 2015, Cuba’s $25 departure tax is added on to the price of airfare. Travelers can get their visas at the Cuban embassy in Washington or at certain U.S. airport departure gates.

Despite Hurricane Irma and renewed U.S. tensions, Cuba’s tourism sector is still on track to receive 4.7 million visitors in 2017.

U.S. visitors can stay in the country without a visa for up to 30 days. A $10 tourist card fee is usually incorporated to airline tickets, but can also be obtained online. The card is valid for 60 days after issuance and allows a 30-day stay that can be extended at the General Directorate of Migration in Santo Domingo. The country also charges a $20 departure tax, usually tacked on to airfare.

Americans can enter the country without a visa for stays of up to 90 days within any 12-month period, though immigration officials may ask to see proof of return travel. Exit taxes vary by airport and are generally added on to the cost of airfare.

This country does not require visas for stays of up to 90 days, but U.S. visitors must pay for a $10 tourist card upon arrival. Visitors pay a $32 departure tax, added on to airfare.

U.S. travelers do not need a visa for stays of up to 90 days. Those traveling by air must pay a $30 departure tax, often tacked on to airline tickets, as well as a $2.50 airport security fee.

Stays of up to 90 days do not require a visa for U.S. travelers. However, visitors must show proof of return or onward travel. As of 2015, an airport departure tax of $45.97 is tacked on to airfare.

This country does not require tourist visas for Americans for stays of less than 180 days. Mexico charges a departure tax of $18 to $29, depending on the airport, which is sometimes added on to airfare. U.S. citizens entering Mexico by air or traveling by land beyond the immediate border area (roughly 12 miles into the Mexican territory) are required to have a passport. Americans crossing by land and staying within the border zone can do so with ID such as an enhanced driver’s license or what’s known as a Trusted Traveler Card. When traveling as a tourist, it is advisable to enter Mexico with a passport that has at least six months validity beyond the dates of travel.

To enter, Americans do not need a visa for stays less than 90 days, but do need to purchase a $10 tourist card upon arrival. The country charges a $42 departure tax, often added on to the cost of airfare.

Americans do not need a visa to stay for up to 180 days but they must provide certain documents to immigration authorities, including proof of return or to a second destination, as well as proof of financial solvency. This includes either presenting $500 cash, a credit card, a bank statement, or letter of employment. The country charges a $40 exit tax, sometimes added on to airfare.

U.S. visitors arriving at the international airport in Asunción must pay $160 for a visa on arrival. If not arriving at the airport, visitors must pay the fee and order a visa in advance from the Paraguayan Embassy or a consulate. International flyers must pay a departure tax of between $16 and $31, which is sometimes tacked on to the airfare price.

This country issues a free tourist visa to U.S. visitors upon arrival that is valid for stays of up to 90 days. Tourists must also show proof of return or onward travel.

Americans can enter this country without a visa for stays of up to 90 days. Uruguay charges a $31 departure tax for international air travelers or $17 in the case of travel to Buenos Aires. The fee is often added to airfare.

On March 12, 2019, the U.S. State Department issued its highest level of travel warning, advising all U.S. citizens not to travel to the country due to “crime, civil unrest, poor health infrastructure, and arbitrary arrest and detention of U.S. citizens.” It also advises all U.S. citizens living or traveling in Venezuela to exit the country. The day prior, Washington announced it is pulling all of its diplomatic personnel from the country and that consular services will no longer be provided by the embassy in Caracas.

Those U.S. citizens who still plan to travel to Venezuela must obtain a valid $30 tourist visa prior to arrival, though they must do so at a Venezuelan embassy in a third country as the Venezuelan embassy and consulates in the United States are not open for visa processing. Though the situation is fluid and could change at any time, the Venezuelan embassy suggests visitors apply for the visa—a multiple-entry, 90-day visa valid for one year—at least three months prior to departure. International travelers pay an exit fee that varies depending on airport, and sometimes is added as fee to airfare price. These taxes frequently change.

This explainer was originally published in March 2015 and later updated in November 2016. Fernanda Nunes contributed to the March 2019 update.

Díaz-Canel's invitation is less a "message" to Washington than an expression of AMLO's personal proclivities, said AS/COA's Eric Farnsworth to the Miami Herald. 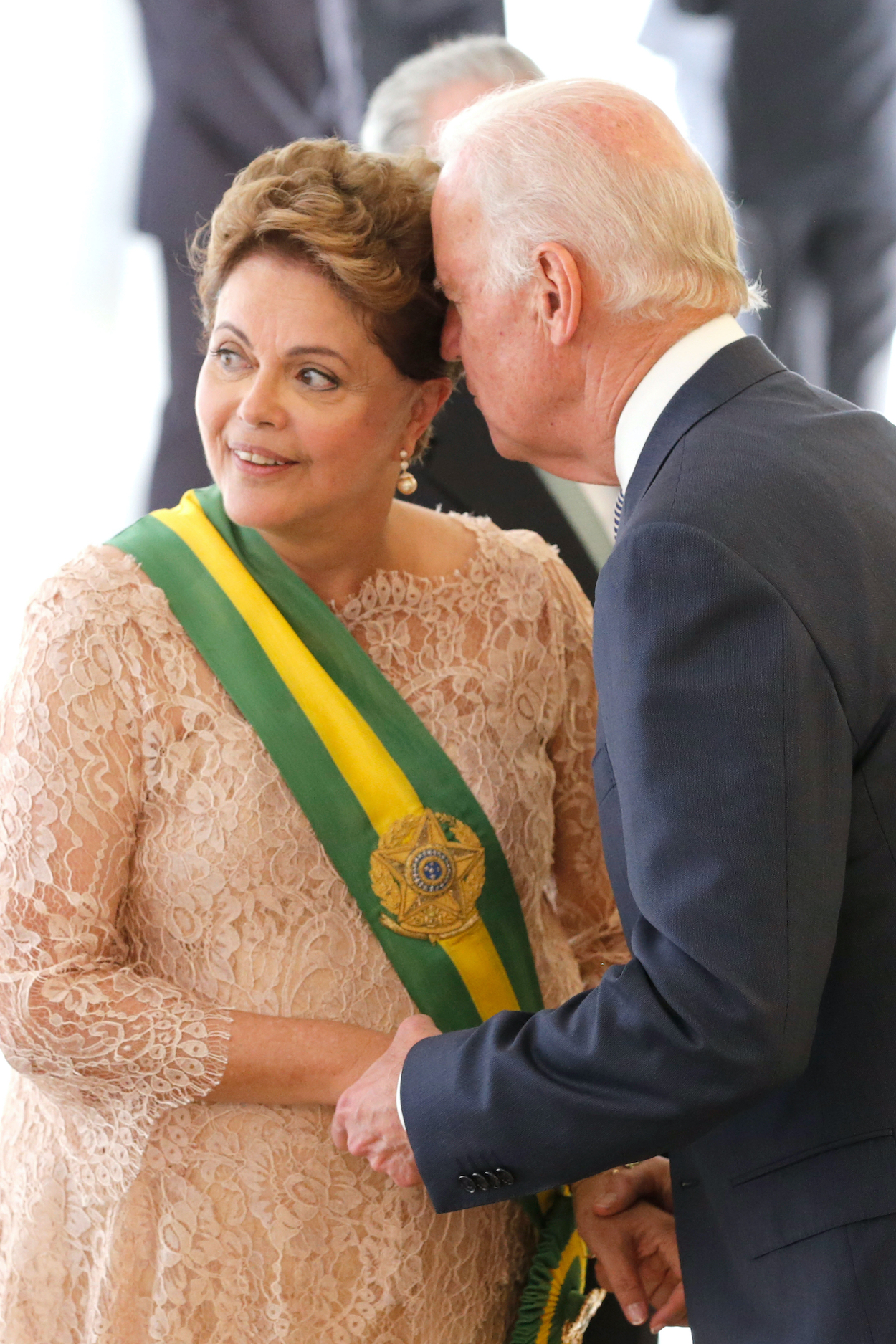