Can Peru maintain its robust economic growth? Minister Carranza Ugarte discusses future economic scenarios along with the importance of investment in social development and passage of the U.S.-Peru Trade Promotion Agreement.

“The TPA should be a very effective tool for the further development of our economy, for promoting free market policies in the region, and for consolidating democracy.”

Named Peruvian Minister of Economy and Finance on July 28, 2006, Minister Carranza Ugarte has overseen continued economic growth and low inflation. In an exclusive interview with the Americas Society and Council of the Americas, he stresses the importance of sound economic policy while highlighting the Peruvian government’s focus on improving social conditions. The U.S.-Peru Trade Promotion Agreement is a critical step in that direction.

Minister Carranza Ugarte was the chief economist for Latin America and emerging markets at BBVA prior to joining the cabinet of President Alan García. He also served as deputy finance minister in the administration of President Alejandro Toledo.  Earlier this year, approximately 150 private sector leaders, policymakers, academics, and members of the press attended a public program at the Americas Society and Council of the Americas in honor of the minister.

AS/COA: The Peruvian economy has been growing at levels that rival other leading emerging market economies. In 2006, GDP growth reached 8 percent—up from 6.4 percent in 2005—marking the highest growth in 12 years. How do you plan on maintaining this strong performance in the coming years? Increased growth also sparks greater social and development program demands. How will the administration of President Alan García balance fiscal restraint with the need to further reduce poverty and inequality?

Carranza: We are currently engaged in a long-term plan to support current growth rates. The plan has three parts. The first component focuses on maintaining macroeconomic stability, preserving an adequate fiscal position, and keeping the low inflation seen in the last few years. Together, these policies will create an economic environment that opens the door for all other measures to be effective. The second part of this plan is to improve our public spending policies and make sure that our ratio of spending to poverty reduction improves significantly over the next five years. For example, we have increased the budget for public investments by almost 50 percent, on a year-to-year basis for 2007, and, at the same time, we have ensured that current spending (personnel) remains in check. Investment in infrastructure is critical to our development and necessary for continued high growth rates. And finally, we are committed to making Peru a more competitive country. This means changing our tax code to make it more efficient and balanced, lowering customs taxes, investing in infrastructure, and signing free-trade agreements with our most important trade partners.

AS/COA:  A challenge for Peru is further diversification of its economy and exports. How would the U.S.-Peru Trade Promotion Agreement (TPA) help to provide the necessary conditions for achieving this goal? What do you see as the other key benefits of TPA passage?

Carranza: The TPA should be a very effective tool for the further development of our economy, for promoting free market policies in the region, and for consolidating democracy. The United States is Peru’s most important trade partner. We are complementary economies for the most part; that is to say, we buy from each other what the other doesn’t produce or might need at specific times, especially in agriculture. Free trade would bring important benefits for both countries. The advantages for both countries and mutual interests are there. This is an opportunity that we shouldn’t let pass. Free market policies must be strengthened in the region, and Peru has the ideal conditions and is a perfect match with the interests of the United States.

Carranza: The investment grade status is something we hope to achieve in the medium term, but our real focus is on fighting poverty. It isn’t so much about obtaining the investment grade rating as it is to make sure social conditions in the country improve. Evidently, with investment grade, even faster development will follow, but we have social issues that must be addressed now. The steps we take will have to do more with fixing these problems than with achieving a certain rating status. We are engaged in developing a national budget based on performance. That is, a budget that rates its effectiveness on achievement of social and economic indicators, which will generate the proper incentives for government at a national and local level. It’s one thing to base budget requirements on a program and another to base it on tangible goals in our society. This will be a substantial change in the way government works and fights poverty.

AS/COA:  Peru joined the Asia-Pacific Economic Cooperation in 1998 and preparations are already underway for the hosting of APEC in 2008. How do you see Asia in terms of the overall economic profile of Peru, and what do you anticipate to be the focus of the Peru Year for APEC?

Carranza: A third of our exports go to Asia and APEC is extremely important for us. Hosting APEC in 2008 will place the spotlight on Peru and will most likely translate into a further increase in foreign investment. Peru boasts a privileged geographical position, abundant natural resources, a diverse agricultural base, and a proven and unique capacity for very high quality manufacturing. These are all very attractive selling points for investors, and we think APEC will bring forth a new wave of important investment in our country.

AS/COA:  Looking globally, what do you see as the likely short and medium-term trends in the world economy? How is Peru prepared to cope with any possible global downturns?

Carranza: The world economy is in good health, but, as always, there are some risks. Most fears relate to the performance of the U.S. economy, and the impact a recession in the U.S. would have for the rest of the world. So far, we are looking at a soft landing scenario, and coupled with China’s relentless growth, we believe risks are within manageable margins. Peru would be impacted if commodity prices, specifically in the mining sector, are negatively affected, but there doesn’t seem to be a real threat for now. In general terms, our fiscal position should allow us to maneuver and withstand a global downturn. At the end of 2006, Peru had important reserves relative to its GDP (18.4 percent), a good savings rate (23.6 percent), a high government budget surplus (2.1 percent), a high foreign trade balance surplus (9.5 percent), and extremely low inflation (1.14 percent for 2006), all while growing at 8%. These are strong numbers, even for a small economy as ours. 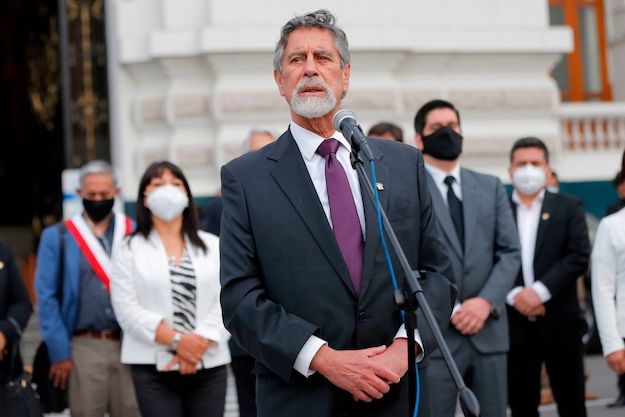 Can Francisco Sagasti Hold Peru Together?

The 76-year-old centrist technocrat will have to deal with a combative Congress and reeling electorate. 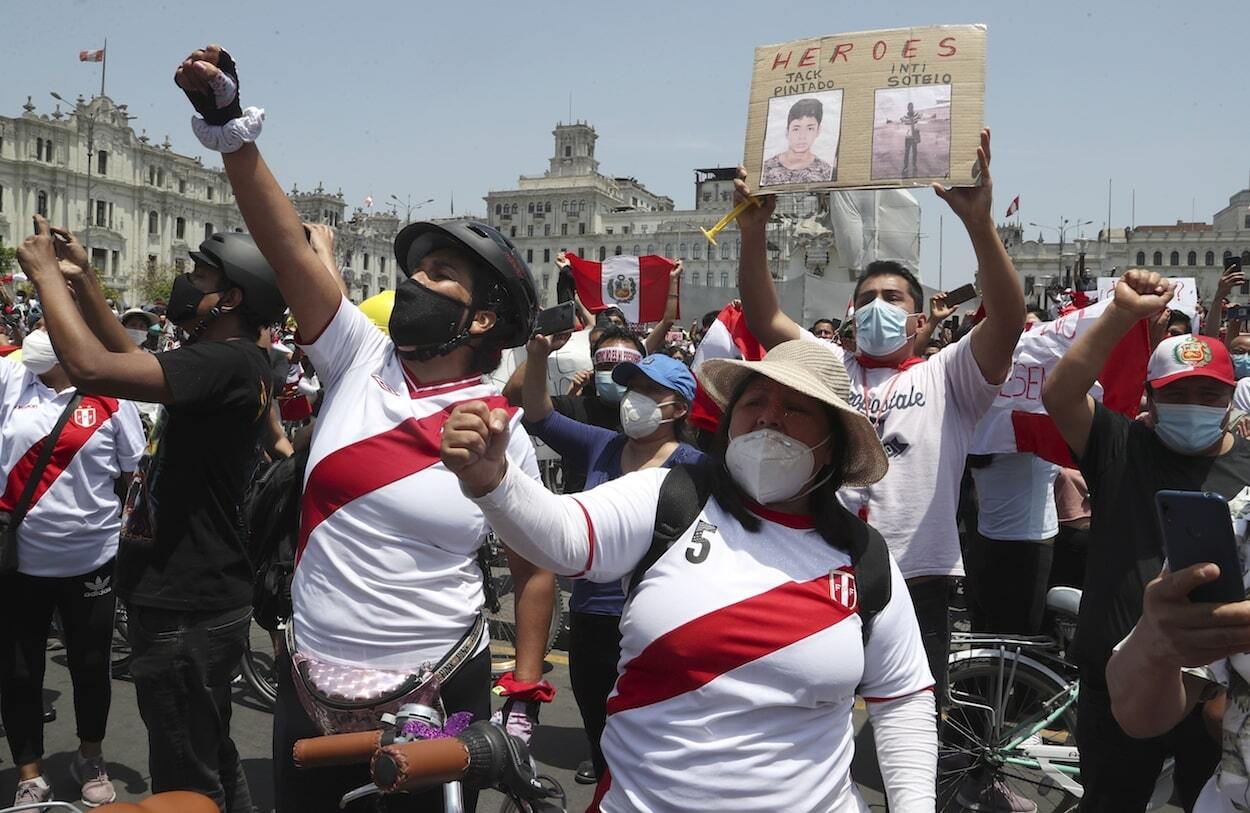 The country's second maneuver to remove the president in 16 months threw the country into political chaos. AS/COA Online covers how Peru arrived at this tumultuous moment on the eve of an election year.