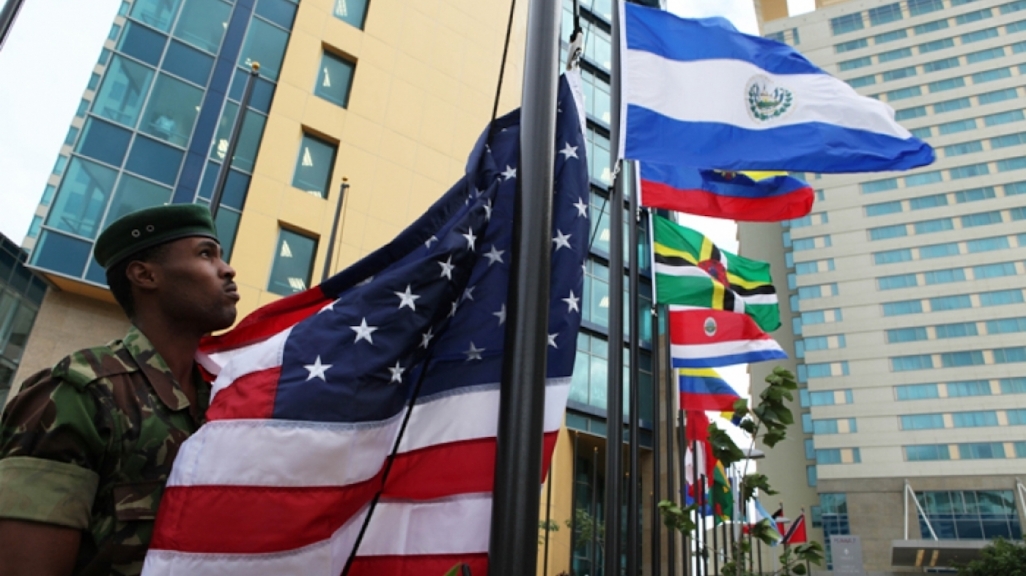 The 2009 Summit of the Americas in Trinidad and Tobago. (AP)

Eric Farnsworth on VOA: Preview of the Summit of the Americas

"There is a lot at stake," said Farnsworth about the Summit of the Americas, to be held in Los Angeles, California.

AS/COA Vice President Eric Farnsworth spoke to Voice of America's Carol Castiel on the Encounter podcast about the upcoming Summit of the Americas and the significance of recent presidential elections in Honduras and Chile.

"There is a lot at stake," said Farnsworth about the Summit of the Americas, to be held in Los Angeles, California. The region is facing many issues, he said, including economic challenges, social justice demands, and the pandemic is still affecting Latin American countries. Farnsworth also mentioned the influence of authoritarian governments "taking a higher profile in the region and changing the dynamic in many ways," which is something that the White House will have to wrestle with looking at the conference.

On the Honduran elections, Farnsworth said they were "free and fair." "Xiomara Castro was elected, the first female president in Honduran history, but even more importantly, somebody who initially seems to be committed to the fight against corruption and the fight against illegal narcotics," said Farnsworth. "It’s an acknowledgment of an opportunity for a fresh start that the U.S. vice president did lead the inauguration there. U.S. vice presidents tend not to go to the inaugurations of Latin American or Caribbean leaders."

On Chile, Farnsworth said, "The Chilean people have brought into power a new generation…a student protest leader from the past who has a few years in Congress and now is charged with managing and running the country."