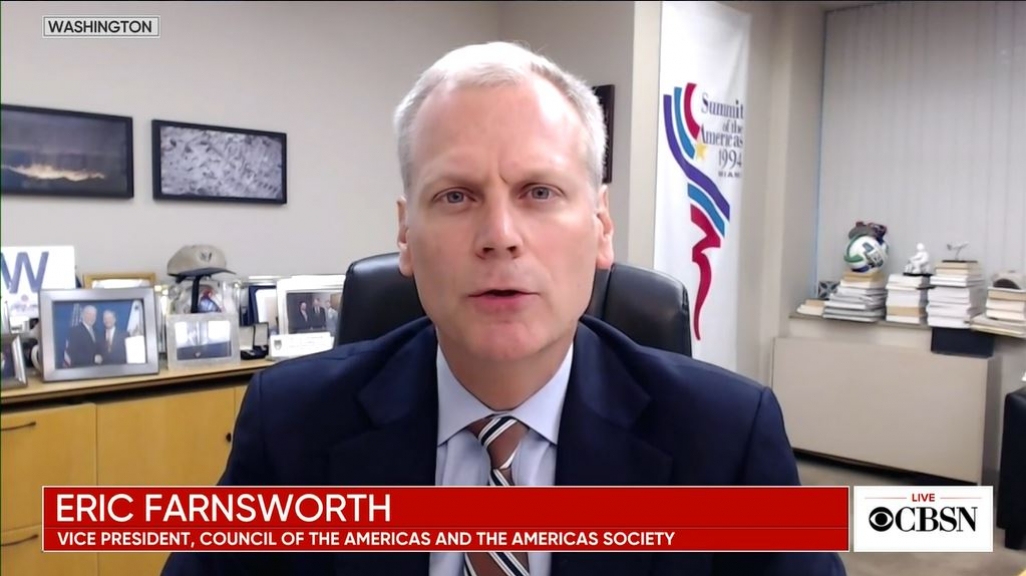 "This is a more serious effort, but it should have been done months or even years ago," said the AS/COA vice president.

AS/COA Vice President Eric Farnsworth spoke to CBS News' Tanya Rivero about the presidential election in Nicaragua and the latest U.S. sanctions on the country. Today, President Joe Biden signed legislation that includes sanctions to restrict multilateral bank lending and target regime corruption. Farnsworth said that Daniel Ortega and his wife Rosario Murillo have already been "weathering" sanctions and that although this is a more "serious" effort, they should have been done months or even years ago.

"It’s arguable that Nicaragua turned a corner in 2017 when Ortega put his wife as vice president or at least in 2018 when mass street protests erupted and were violently put down," said Farnworth. "That’s when the international community should have recognized this as a real problem."

Farnsworth explained that the problem is that Nicaragua isn't isolated globally, it still has "friends" such as Venezuela and Russia, which provide a "lifeline." Even though there is a more to be done in isolating Nicaragua's economy, Farnsworth said the Biden administration would continue to prioritize the multilateral effort, looking at the OAS and even the UN to take the lead. "If that's the case, I think that Ortega has won at least this round."