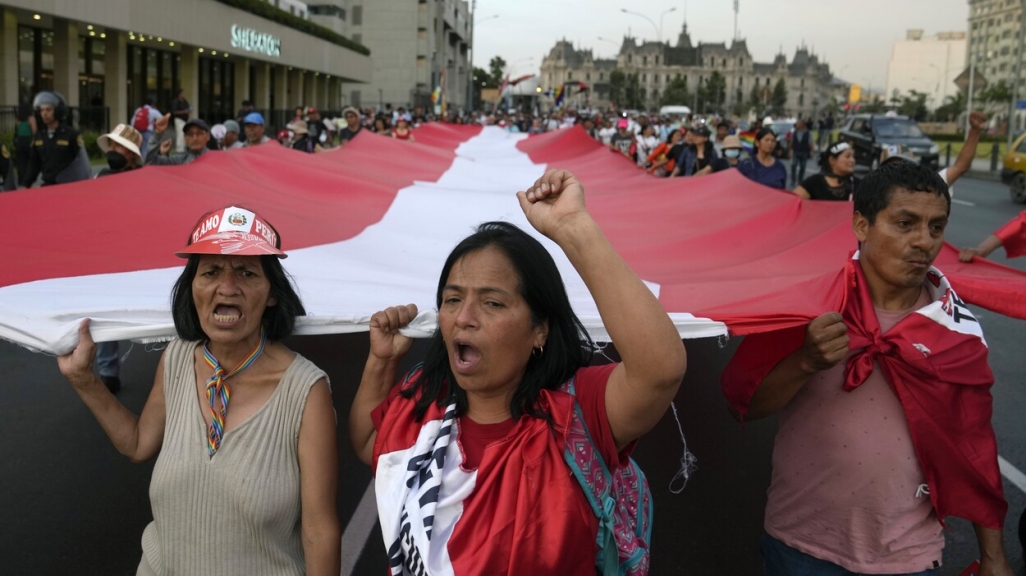 "There is an impatience and an unrest because these governments are not delivering what citizens want," said the Americas Quarterly's editor-in-chief.

Americas Quarterly Editor-in-Chief Brian Winter spoke to Slate’s Mary E. Harris on the What Next daily news podcast about current instability in Latin America and how things have changed from the economic growth era of the early 2000s.

Winter said that he is struggling to find the optimism he usually uses to talk about Latin America “because I worry sometimes that I hear myself talk about the 2000s and it almost sounds like an aging rock band playing its greatest hits.”

In light of protests against the government getting violent in both Peru and Brazil, Winter said that “all these strains, these social tensions, some of them which date back centuries, are being opened right now because of this region just kind of being stuck, but not everywhere. But a lot of these countries are just struggling to form a basic consensus to go forward.”

Winter said that in the 2000s there was a boom in commodities export prices for the things that Latin America, and particularly the countries of South America, sell to the world, and also a lot of countries had made difficult reforms in the 1990s in order to stabilize their economies and open them up more to trade. “And in the 2000s they really started to enjoy the dividends from that.”

Productivity, however, “has been flat in Latin America for the better part of 60 years because of education not being as good as it could be, because of investment being low,” Winter said.

“I think that there is an impatience and an unrest because these governments are not delivering what citizens want. They're not meeting those expectations that were raised,” Winter said.

Peru, Winter said, was another one of these countries that did really well by at least some measures in the 2000s. “But as often happens, not all the progress was equally distributed, and in a lot of these rural areas, malnutrition remains very high. Access to things like drinking water remains very low. And people felt like they were left out. And in a world of social media, where everybody can see the good things that are happening, especially in capitals, like Lima, that resentment has been simmering for years,” he said.

“There's been discussion about how the last decade in Latin America was a lost decade because the economies didn't grow because of all this political instability, corruption, scandals, and so on. Some people are worried that we could be in for another lost decade now in the 2020s,” Winter said. “My concern is that maybe these economies are just flatlining, and that when we talk about one last decade or two, perhaps we're not thinking hard enough about what's really going on. The point being that there is just nothing that is clearly a driver of economic growth on the horizon, and I believe that without growth, it's really hard to do things like reduce poverty and improve living standards.”

Listen to the interview.