A Bay of Pigs-Style Fiasco in Venezuela

"What better way to rally a country that's flat on its back than to expose an invasion from the empire?" said AS/COA's Eric Farnsworth to The Washington Post.

Trump administration officials this week - including President Donald Trump on Tuesday - rejected any link to an apparent failed military operation over the weekend in Venezuela that involved a group of armed defectors and at least two American mercenaries who are now in Venezuelan detention.

President Nicolás Maduro said Monday that his government had stopped a "terrorist" assault on the country, killing eight and capturing more than a dozen of the plotters over two days...

The Bay of Pigs is also an enduring, loaded metaphor for American meddling and overreach abroad. For that reason, analysts doubt the Trump administration played any serious role in encouraging this weekend's quixotic raid. "There's not one person at the State Department or the CIA who says let's repeat the Bay of Pigs," Eric Farnsworth, vice president of the Council of the Americas and a former senior U.S. diplomat, told Today's WorldView.

The incident does expose some of the problems that ail Venezuela's opposition: Although Guaidó is now a well-known figurehead, recognized by the United States and dozens of other countries as Venezuela's legitimate leader, he presides over a decentralized mess of factions inside and outside the country. The opposition finds it both "tough to maintain message discipline," Farnsworth said, and is "awfully easy for the regime to infiltrate." In this case, regime officials boasted of knowing about the plot well in advance.

For Maduro, the incident is a welcome distraction. Tanking oil prices and the coronavirus pandemic have put him under even greater pressure, with aid organizations and opposition officials warning of the risk of the country's already enfeebled health system collapsing under new strains.

It's a "convenient narrative," Farnsworth said. "What better way to rally a country that's flat on its back than to expose an invasion from the empire?" 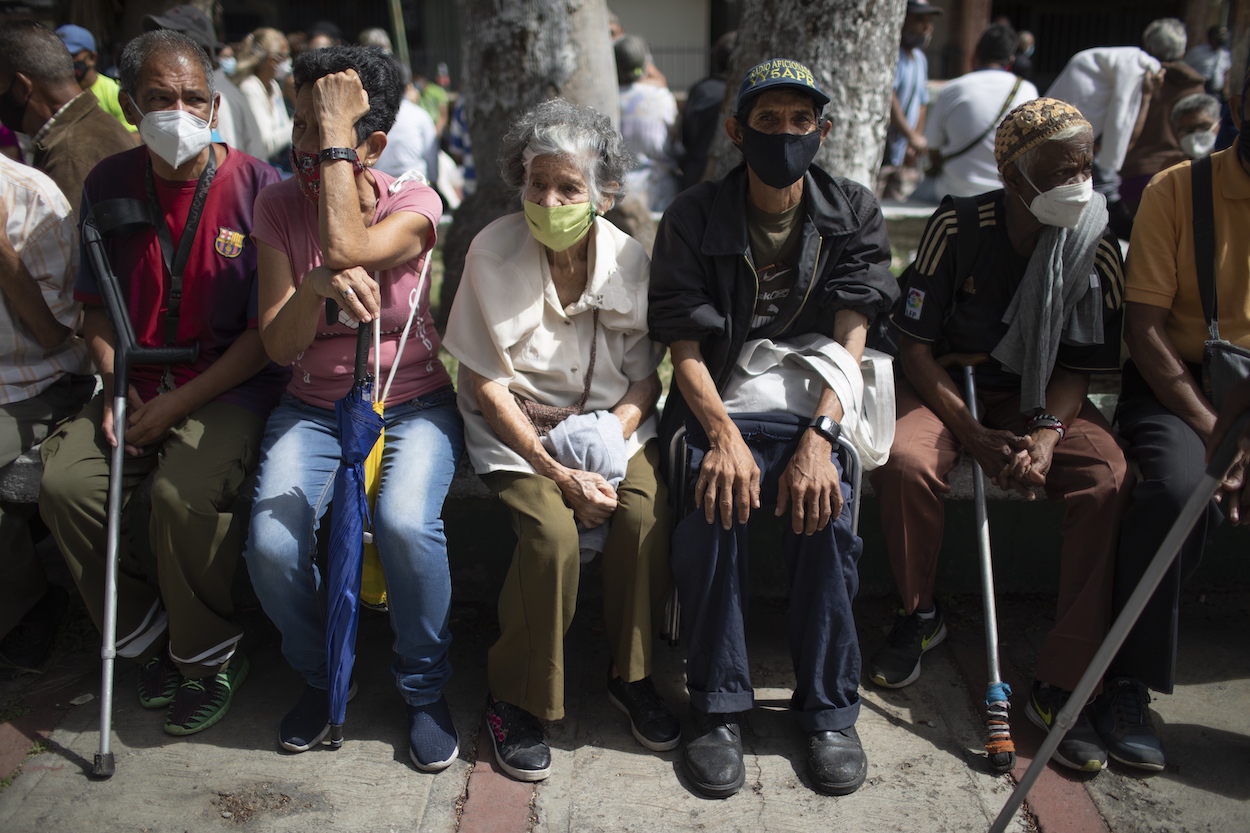 Covid Check-in: Venezuelans in the Dark on Vaccines

Even with a lack of reliable information, evidence abounds that the Maduro government’s vaccine distribution plan is not just slow—it’s inequitable.