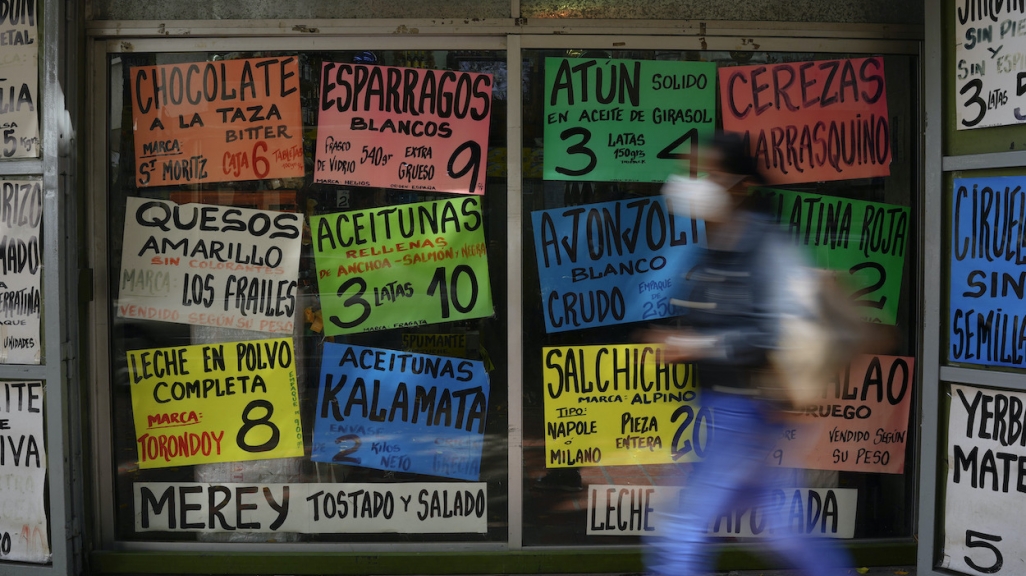 “Countries cannot be reactive. They have to be proactive in the way they manage monetary and fiscal policy,” says the AS/COA president and CEO.

U.S. inflation hit its highest level in four decades in January. What does this mean for Latin America? AS/COA President and CEO Susan Segal analyzes the effects we’re already seeing in the region, but she also sees an opportunity for the United States to work together with the Americas in a proactive way. In this conversation with AS/COA Online, she highlights the urgency for countries to have a clear, legal framework for investment. “You need continuity, you need a long-term focus, you need good rule of law, a good predictable framework for investment,” says Segal, who, during her decades of private-sector experience, was actively involved in Latin America’s debt crisis of the 1980s and early 1990s.

AS/COA Online: Inflation in the United States is as high as it’s been in four decades. What does this mean for Latin America?

Susan Segal: It came out that it’s about 7.5 percent, and the high inflation will impact the region's basic costs and services and interest rates. As interest rates rise in the United States, it will cost Latin American countries that have borrowed in dollars more to service that debt if they didn’t borrow at an exclusively fixed rate—and that goes for the public sector and the private sector. You’re already seeing the IMF saying that growth will slow from its original forecast of 3 percent for Latin America to about 2.4 percent. And you’re already seeing that in certain countries—such as Chile, Colombia, Mexico, Peru—prices have increased by 8.3 percent approximately. That’s the largest jump in about 15 years, according to the IMF.

So there’s an impact globally in the price of energy and in the price of commodities but, most importantly, you’re going to see inflation in the United States, which will drive higher interest rates. We know the Fed is going to have somewhere in the order of four to five interest rate rises during the course of the year. We’ve got to see how this inflation number impacts the timing and the size, and that will clearly have an effect on global growth and the cost for countries to be able to service their debt, which will also have an impact on their fiscal accounts and further slow down the economies.

People worry about slowing growth in the United States through these interest rate rises, and I think you’re already seeing that a little bit in Latin America, where central banks have been raising interest rates because they want to counter the impact. And so, as you raise interest rates, you do generally slow growth. But it’s all in the magnitude of how you do it.

AS/COA Online: What are some lessons that the United States can learn from the region?

Segal: Inflation is a challenge, right? And we saw it 40 years ago when Paul Volcker raised interest rates as high as 10.5 percent. I remember that so well. So, I don’t look at it as one of the lessons Latin America learned from the United States or the United States can learn from Latin America, but I do think that what’s happening now puts even more emphasis on the fact that countries cannot be reactive—they have to be proactive in the way they manage monetary and fiscal policy.

We are going to go through a new interest rates cycle. Markets have been valued at very low interest rates globally, and everything in the world is going to reprice. That includes obviously the case of the United States, which is leading this, and Latin America as the liquidity begins to be withdrawn from the U.S. markets. In my opinion, this emphasizes the need for countries to have a clear, legal framework for investment. It makes investment capital even more important than before because that doesn’t come with an interest rate—that’s an equity risk.

So you need continuity, you need a long-term focus, you need good rule of law, and a good predictable framework for investment. Investors need to have a predictable and fair environment. And this puts more of an emphasis on that.

AS/COA Online: Latin America's central banks have been making rate hikes to stave off inflationary woes, but all of this is coming at a time of an uncertain political and economic landscape for much of the region. What can banks do to maintain their hard-fought credibility?

Segal: Be persistent, be consistent. That’s the most important thing. You build credibility through predictability, through consistency, through doing what you say you’re going to do. Cumpliendo, no? And credibility is more important now than ever. There are a number of really great Central Bank governors in Latin America, and this is a moment where independent monetary policy and credibility is going to be very, very important. And so, I think that’s what Central Bank governors can do: be predictable. They can be the heroes of this time.

The other thing which I think is really important is we’ve all lived with a short-term focus and, as you go through these cycles, we need to have a medium- or long-term focus. You can’t think about one day to the next; you have to think about a longer cycle. That’s very, very important as we go into a period where, obviously, we’re going to take liquidity out of the system, interest rates are going to rise, and countries are going to push the boundaries of some of the social policies that you need in a developed country. We’re seeing it in this country. We’re seeing it in different countries in Latin America. There’s going to be a real balancing act between monetary policy, fiscal policy, and the ability for countries to deliver for their citizens, because we can’t compare today to 40 years ago. Today, many countries in Latin America are middle- and upper-income countries. People have totally different expectations. And many of the policymakers weren’t even alive or were children 40 years ago.

AS/COA Online: Is there something you think is key at this moment that we haven't discussed?

Segal: I think there’s an opportunity for the United States and Latin America to work together in a proactive way to better the lives of everyone in the hemisphere. So I believe that if we had more integrated economies throughout the hemisphere then in fact we could have an impact long-term on prices and stability.

China is trying to promote the idea that their system and their model is at least equal to Western democracy, said AS/COA's Eric Farnsworth to Politico.