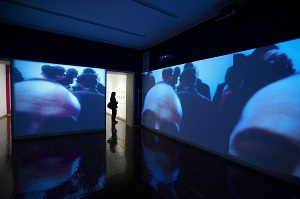 Marta Minujín is a prominent voice of the Argentine neo-avant-garde art scene of the 1960s and 70s, with a brilliant international career that helped define the discussion about media, performance, and participation. Minujín is often mentioned as one of the pioneers of happenings.

Marta Minujín’s Minucode (1968), originally commissioned by the Center for Inter-American Relations (now Americas Society), explored social codes in four groups of leading figures in the arts, business, fashion, and politics in New York through a series of cocktail parties/happenings. Deeply interested in Marshall McLuhan’s theories about the mass media, Minujín created an electronic environment with footage and light and sound shows produced during the happenings. 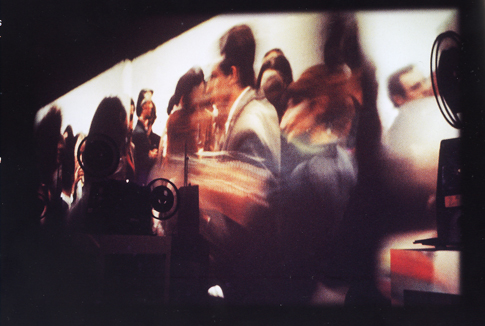 The Visual Arts Program is also supported in part with public funds from the New York City Department of Cultural Affairs.