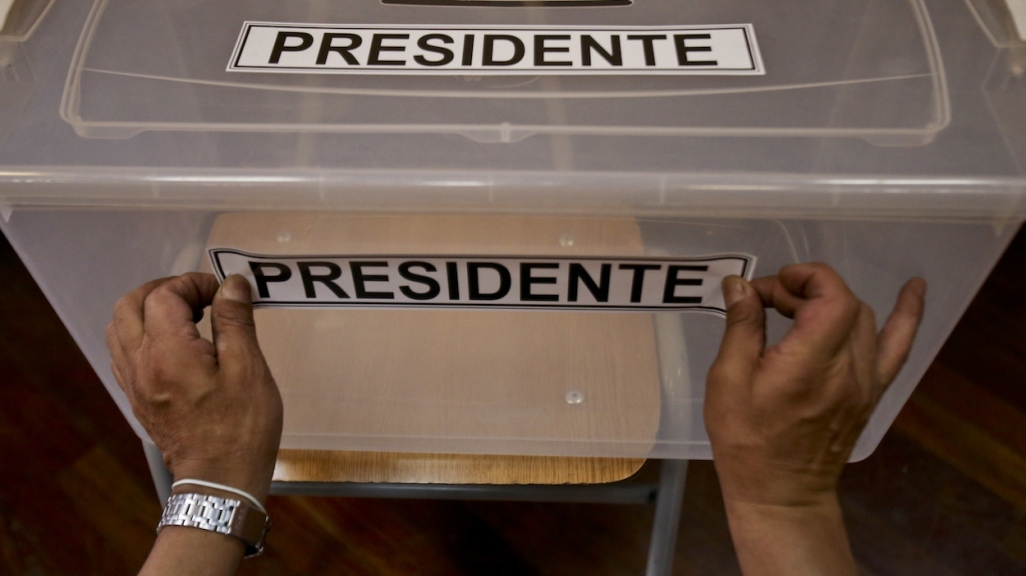 A ballot box for a presidential election in Chile. (AP)

Chileans will cast ballots for their next president on November 21, and the candidates are off to the races. Gabriel Boric of the Broad Front, and the candidate for the left's Approve Dignity coalition, has held a consistent but modest lead in most polls since the July 18 primaries. Independent candidate Sebastián Sichel of the governing center-right Let’s Go Chile coalition initially was his top challenger, but since then he's ceded ground in polls to the Republican Party's José Antonio Kast. Christian Democrat Yasna Provoste is close on their heels, and she and Franco Parisi of the Party of the People could at the very least siphon voters from the center left and right, respectively. Two other official but minor candidates round out the ballot. President Sebastián Piñera can’t run due to consecutive term limits.

A runoff takes place on December 19 if no candidate receives a first-round majority vote, and a new president takes office for a four-year term on March 11, 2022. Chileans will also vote for 27 of 55 senators and all 155 seats in the Chamber of Deputies in November. Voting is not mandatory in Chile. In the 2017 general elections, turnout was 47 percent.

AS/COA Online takes a look at the polls.

This tracker was initially published June 10, 2021, and was updated as more polls became available.