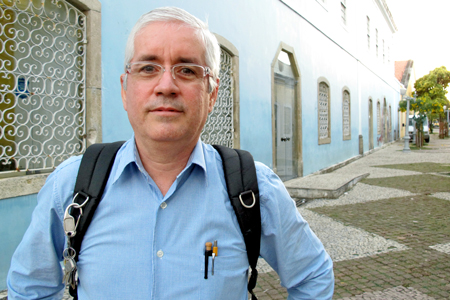 "[The United States] has a very powerful middle class...and Brazil is starting to be what the United States was in the 1970s and onwards. We in Pernambuco in the Northeast region are surfing this new growth environment, which is good for Pernambuco and good for the country as well."

In 2000, Cavalcanti helped found Porto Digital, a state-backed privately run software and technology development center located in the historical center of Recife, capital of Pernambuco. Porto Digital is the largest technology park in Brazil, both in terms of revenue and the number of companies it supports. In 2010 helped generate approximately 6,500 jobs and accounted for almost 4 percent of the state's GDP.  AS/COA Online's New Media Manager David Gacs spoke to Cavalcanti on his state's efforts to become a national technology hub.

AS/COA Online: As former executive secretary of innovation for Pernambuco state, could you explain the thinking behind the creation of Porto Digital as a hub for innovation and technology?

Cavalcanti: Forty years ago the IT sector in Recife began to gain momentum. At that time, the University of Pernambuco was applying technology that was already available on the market.

A few lecturers observed that this was not helpful to Pernambuco because we were just applying foreign technology. And these lecturers decided the following: Let’s send students abroad in order to gain new knowledge, and let’s provide some sort of new environment for them to return to Pernambuco to develop their new skills and specialties, to establish a native industry and technology.

This was the origin of the University’s IT department, around 30 or 40 years ago. And as students started returning from abroad, we established a very large community of PhD. professionals, high-skill specialists. Students started coming into the department in order to acquire new specialties and skills and abilities.

However, every student that we trained was immediately hired by companies in São Paolo and Rio de Janeiro. So we said to ourselves: “Well, something is wrong here and we have to develop a specific sort of policy to stop this brain drain.” We decided to establish a new organization that can dialogue with companies and governments in order to establish here, in Pernambuco, a new IT and communications industry.

At that time we were, in international terms, in the boom of the Internet era. We were seeing dot com companies being established in Silicon Valley and we said, “Wow, let’s do something like what has been done in California.” We went to the United States to see what they were doing there in California, in Texas, in Massachusetts. We traveled a lot.

When we got back we decided that the only thing that we could really do to stop the brain drain was to develop a Pernambuco IT industry. That was the main driver, the main trigger, of the decision to establish something like what Porto Digital is nowadays—that is, a technology park.

AS/COA Online: How would you measure the success you’ve had in creating a culture of IT and innovation in Recife, and in creating an environment where human capital is retained?

Cavalcanti: In terms of academic successes, we are, nowadays, one of the best computing science and computing engineering schools in Brazil. If you go to my university, you will see there almost 80 PhD. lecturers and professors. We have three departments: the Computing Science Department; the Computing Engineering Department; and the most recent—the Information Systems Department. We’ve won several competitions with Microsoft. And now we say to ourselves: “We can win international competitions.” Nowadays we’re proud that we have such an important industry. And you see international companies like A.T. Kearney and Accenture recognizing that we are doing a good job here. This is a part of the success in stopping the brain drain in Pernambuco. Besides that, we are trying to make the state a good place to be and a good place to work.

AS/COA Online: Could you talk about the success Porto Digital has had as an urban regeneration project, and also if it’s had broader benefits to Recife outside of the IT sphere.

Cavalcanti: Well, urban regeneration was not a main factor in deciding to establish the park here, but its had an indirect effect in terms of regeneration because companies started to come here, and then it was necessary to renovate the buildings, rebuild the infrastructure, and rebuild the conditions to house all this. So I can say this is now an urban regeneration project.

To answer the other part of the question, in terms of regional general development, when I was part of the state government I decided to measure the impact of the IT industry on Pernambuco. If you think in terms of numbers, we started Porto Digital in the year 2000, and we didn’t have any indicators or any figures of the impact of the initiative at the time. You could say, well, it made a zero percent contribution to the GDP of Pernambuco. When I measured the impact of the industry in 2003, it was already 3.5 percent to 4 percent of the GDP of Pernambuco, contributing quite a lot for such a short period of time.

AS/COA Online: You’ve spoken in the past about the place that innovation has in spurring economic growth and development and you’ve argued that it’s not necessarily as strong a force as many believe. How does this apply to the Porto Digital project?

Cavalcanti: Well, I argued that in terms of national scale, in terms of Brazil. If you consider the high-tech sector, anywhere in the world, it is very small in comparison with other sectors of the economy. However, the people inside the high-tech sector think they are major contributors to economic growth. They say: “We are the new economy, we are the sector that provides the most value, the best jobs, the best employment.” They are right, but they are right in terms of the longer run of the economy.

If you think in terms of the short run, they are very small in comparison to the oil sector, the agricultural sector, the textile sector, and so on. And when they argue that they are important, they are arguing in their favor, saying: “Please provide us money as we are going to help you a lot.” Well, it’s not like that. In economic terms, you have to establish the proper evidence.

AS/COA Online: Would you say that Porto Digital has reached a point where it’s exporting its know-how to other developing countries that aren’t in the same position as Brazil, to help create a culture of innovation and technology?

AS/COA Online: How do you see Porto Digital unfolding over the short- to medium-term?

Cavalcanti: Well, if you look at Brazil, the richest part is the Southeast plus the South. However, in the last 10 years, our North and Northeast regions have been gaining momentum. We are growing in economic terms and growing in social terms. In the last 15 years—this movement started when President Fernando Henrique Cardoso was in power—these economic regions started to grow in a more equal and sustainable way, and are now the new consumer markets for the companies in the South and the Southeast region that are looking at what we call the medium-class markets. This was the United States' success. It has a very powerful middle class that buys a lot and is the main trigger of consumer markets, and Brazil is starting to be what the United States was in the 1970s and onwards. We in Pernambuco in the Northeast region are surfing this new growth environment, which is good for Pernambuco and good for the country as well.

How a Fintech App Is Helping Peruvian Entrepreneurs

Brazilian 5G: The Next Battleground in the U.S.-China Standoff

The world's fifth-most populous country is one of the main prizes in a global tech encounter between Beijing and Washington.